New Years Eve And What A Week

It's been a week hasn't it since I last posted. Bring Lawyers,Guns and Money is all I can think of in my head. Haha.

Let's see, Christmas was actually fun for us. A huge dinner with about 40 people in the hall with ham, potatoes, a zillion  cheesy potato casseroles, and other yummy things. 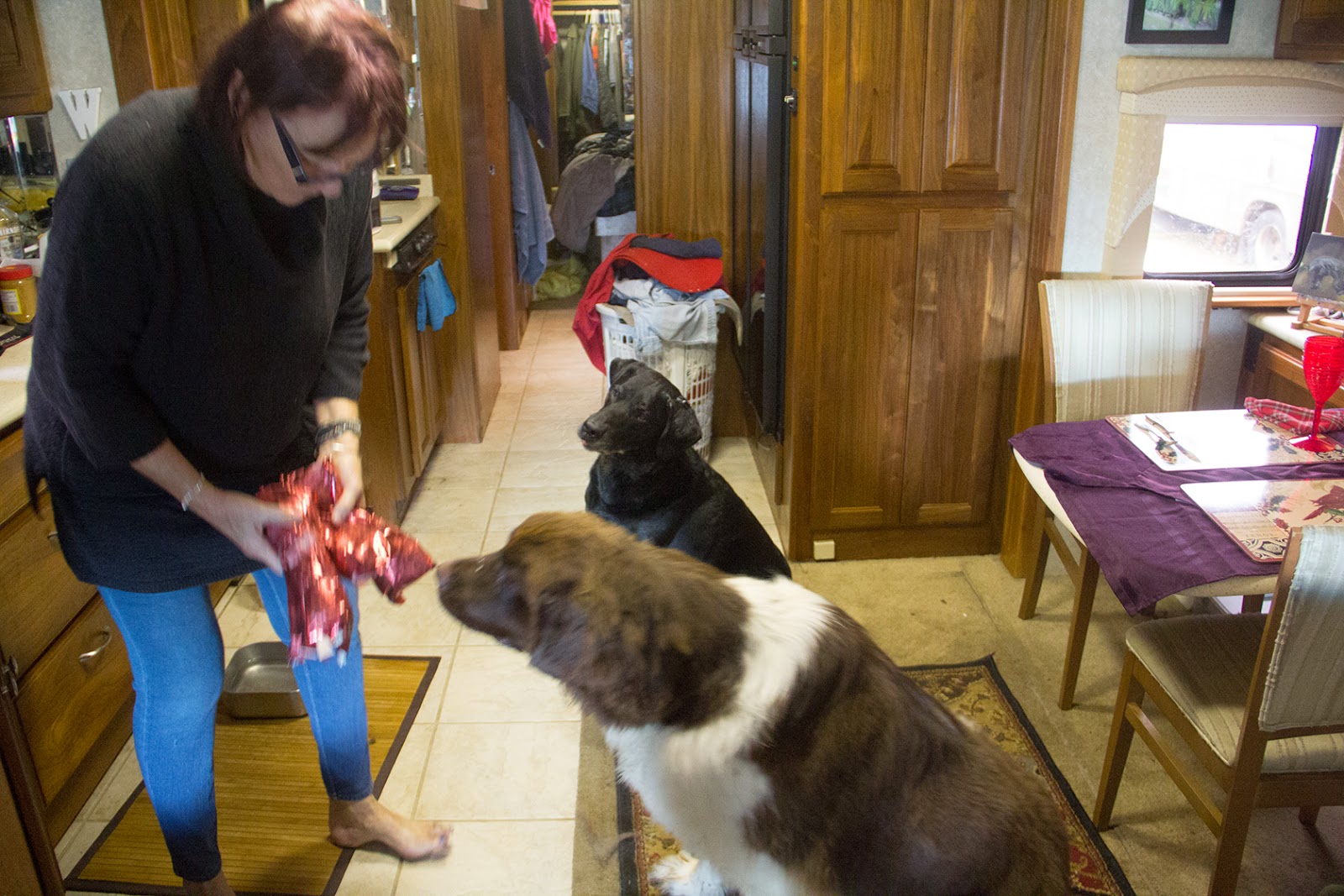 The day started with Santa, (Tom) dropping gifts off out at the picnic table for the kids. One bone each, wrapped lovingly and a huge box of dog cookies. We don't give our kids raw hide bones but today they got them, with watchful eyes as they gnawed forever. They were thrilled!!! Such a kind thing to do. 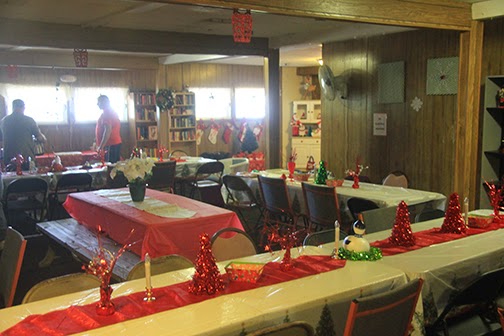 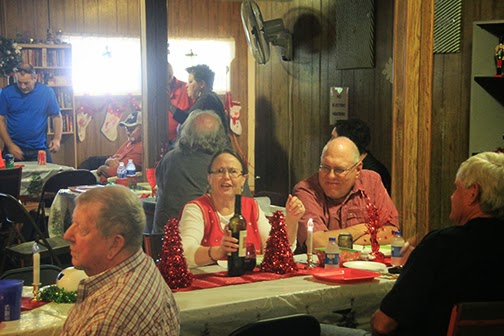 Sandy and Randy. We bonded quickly. They have an Open Range 5th wheel which is what we were going to buy before we got CiCi Blue. (And they are fun people) 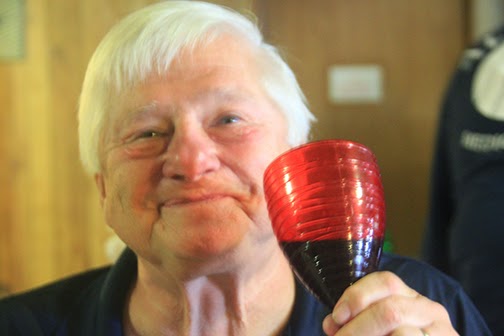 After dinner I moderated a Yankee Swap, or known in the south, A Santa Steal.  The gifts were to be $10.00 and those who brought one got a ticket. I called one number about 10 times until Roger yelled to look at my ticket. Duh. The laughter was constant as the stealing started and it was so much fun.

Now the lawyers, guns and money time. Yes, the person, me, who wanted solitude has been appointed activities director for a time. I also deliver flyers on my bike. A mix up with New Years Eve dinner and after party became confused and two people had their feeling hurt. As a result, the woman's husband was furious with me and my partner in crime, Cheryl. He refused to speak or acknowledge either of us. The owner told him it was her oversight but alas. After I apologized a zillion times to keep peace I decided, forget it.

Next, The owners went on a three day vacation and left Cheryl in charge with me as back up. hahahaha. The owners were only gone for two hours when an older gentleman drove into the wrong site, backed up and trying to get out, backed into a huge rig damaging the awning on the slide out.  The gentleman said he never hit the rig and didn't want to discuss it. Backup was needed. Down I went and looked at the damage as we tried to reason with the gentleman. The police were called but since it's private property there is nothing they can do. Short story, it was resolved and home I went.

One hour later, Cheryl called me again. A puppy had been left, what we thought then, for a month in a hot trailer and was dying. We had a crowd for this one. It looked like skin and bones and so so tiny.  We got his name, but no phone number. Called the police again, called animal service and tried to break into the trailer. One woman got a fishing pole and lowered a bag of water into the trailer for the baby. We told the owner of the park and she said we couldn't break in, she would be sued. Plan B. I went to the office to try again to find the phone number and the owner called and told me his correct name. We found the number and she called him. She immediately called me back and said that someone told him people were trying to break into his trailer. She said, " Get away from there". We were at that point wiping fingerprints off 5the windows. Hahaha. Cheryl and I stayed as the police woman arrived the same time the trailer owner arrived.  The officer spoke to the guy. He had saved the puppy the night before from a man who was just letting the litter die. He had to go to work and thought the pup would be ok. I went to him, he's about 22 maybe? and asked him if we could care for the puppy during the days he works? He was delighted. So Cheryl and I do every two hours, cuddling and making sure the baby is ok. It's a Cur, and Glen has another Cur at home that will be a perfect Mum for the baby as soon as she is wormed.

It all ended fine, no arrests for breaking and trying to enter and no suing of the campground. And...the man who was ignoring me is waving and smiling again.

What did I learn this week....that even though RV-ing is a freedom, some people still think they should have what they had in their stiks and briks . In fighting and gossip still happen. An old, old class A came in this morning and you can see the people are poor. He needed help getting hooked up with some things and I asked a few men that worked on their rigs. Their response was for the man to read his manual. Two other guys I'm friends with went right over to help just get him hooked up to the services. Simple. Kind. Another thing I found was even though I want to go run and hide, in some small way I made a difference this week.

It's 2 o'clock and time for my run to the puppy, so let me wish you all a very prosperous and Happy New Year. Spread your kindness and smile to others. You just never know whose day you will make better.

Posted by Sheila Wedegis at 2:04 PM