Ok Sheila, that's a little off your route isn't it?  There's a story to it! Back in the late 70's I was going through a separation and divorce. A friend needed to go across country and asked if my two children and I would like to go and loving an adventure, I said sure. What I didn't realize was that the strain of leaving all that I knew took it's toll and I cried all the way to Ohio. When we got to Columbus my friend asked me if I wanted to go back and I said, no. From that point on I was elated to what I was seeing and experiencing. Mountains, fields of corn, lots of fields of corn, valleys, well you know, all the way to California and back. 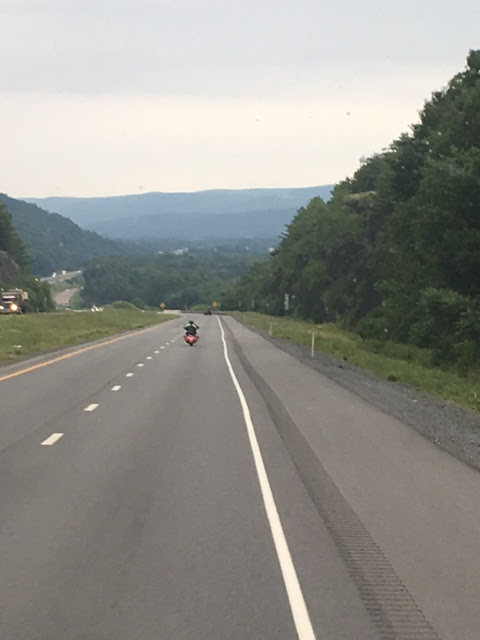 The hills were exhilarating and the scenery breathtaking. 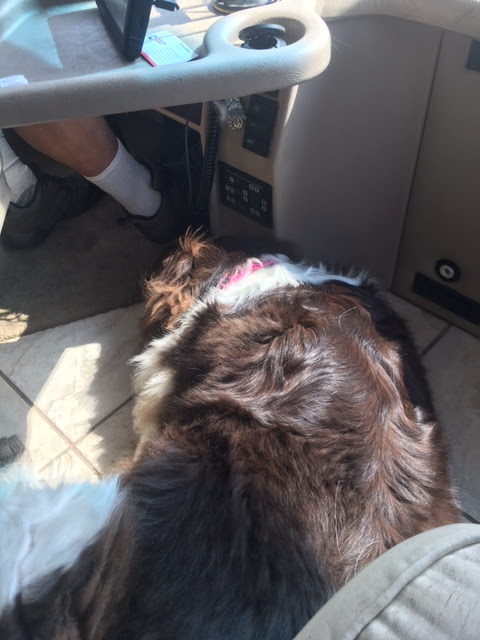 Even Lola was relaxed today. 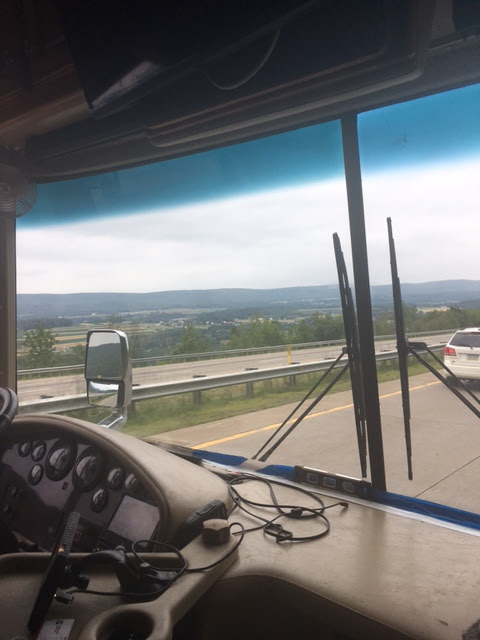 At one point though we got off of the highway to find the Pilot gas station for fuel. We took a right instead of a left and the GPS brought us into a high residential area. High meaning it was up a steep hill and went around a private cul de sac. Coming back down I had my two feet up on the dash so I wouldn't slide off..that steep. Conquered that fear!! We finally found our way back on to the highway and proceeded to go yet more miles, more hills and valleys to finally our last stop for the night. 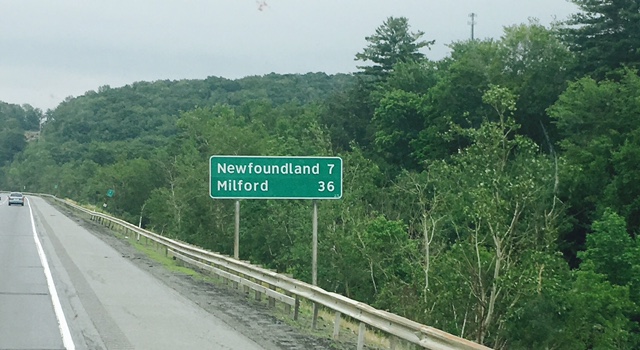 Took this pic for Lola!! 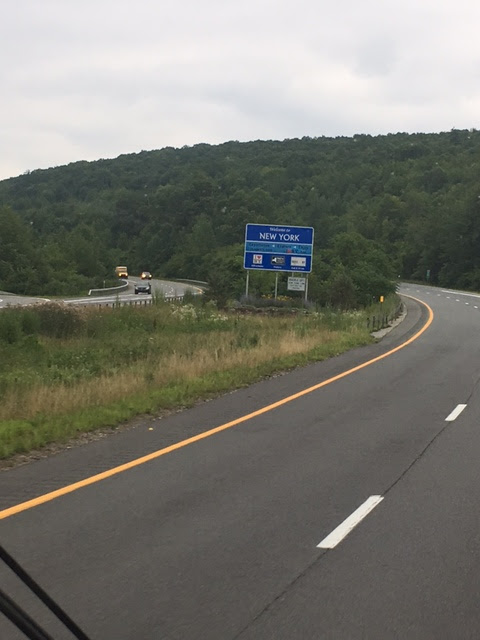 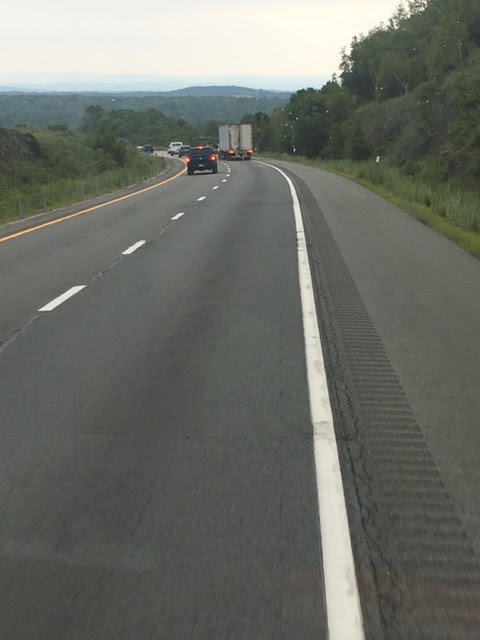 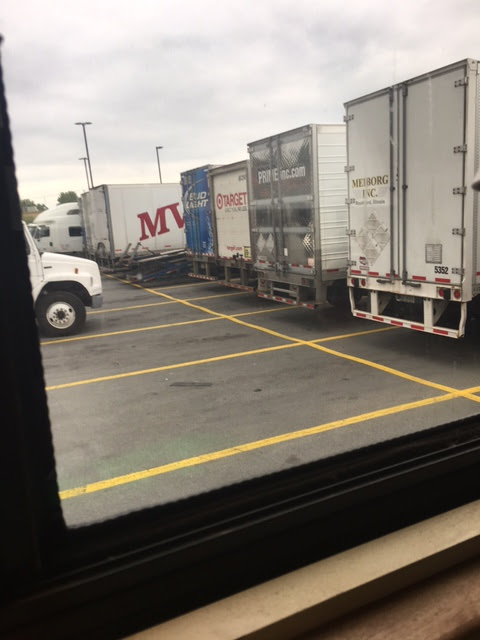 And finally, our spot for the evening with hundreds of our trucker friends.

We only stopped about three times today in our journey. The rest stops were far and few so every so often I'd ask Roger if we still had a car. Not sure if everyone has the issue of the straps but ours keep getting loose. The man who delivered it and made it did say we would be doing this since they do loosen and it does give the kids a chance to pee and walk around.

We stayed at Western Village RV Park in Carlisle,Pa last night. Really nice park. The man who parked beside us left this morning but then came back. After about an hour he finally left for good. The man next to him came over to tell us the story. As the rig that was next to us was traveling, his inside back tire blew and took out the fuel line to his rig. I guess he was on the side of the road for hours. Thankful we have a tire monitor!

Cici Blue did fantastic. We think her stairs went out once while we were rolling then retracted. That's on the check it out list! Probably a loose connection from our 295N trip. (Bounce)

Have a great night!

Warmly,
Sheila
(who is feeling victorious this evening!!)
Posted by Sheila Wedegis at 5:45 PM