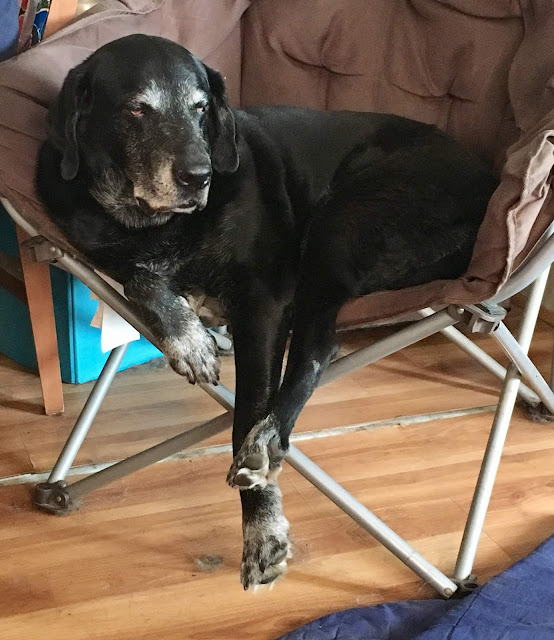 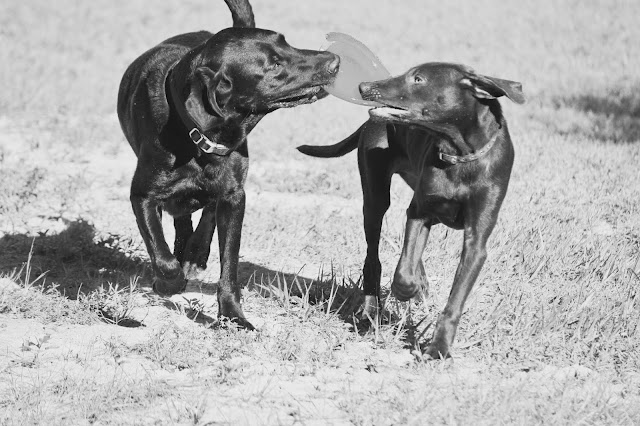 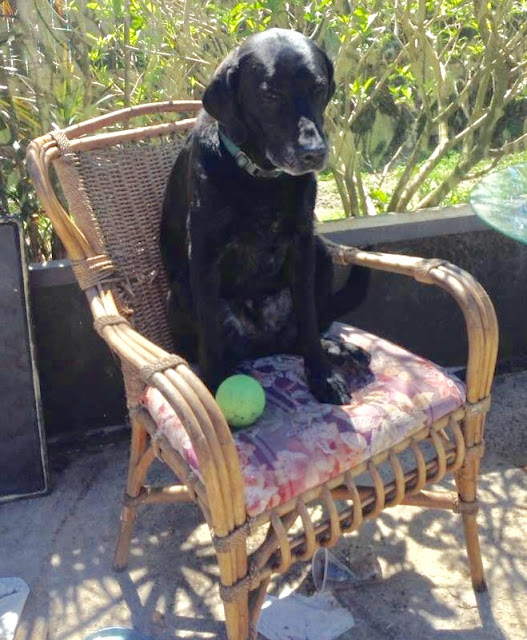 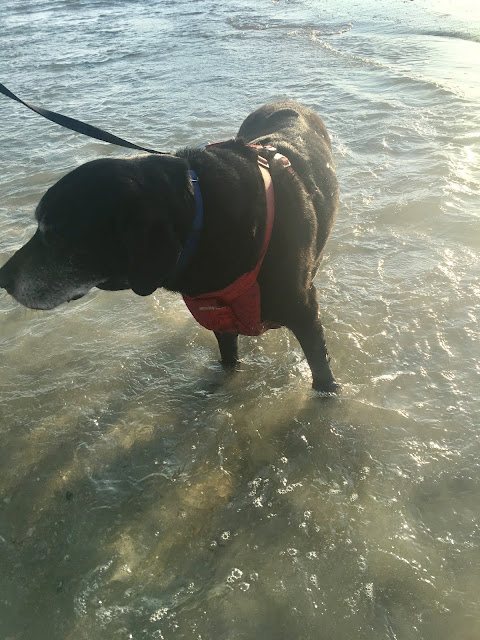 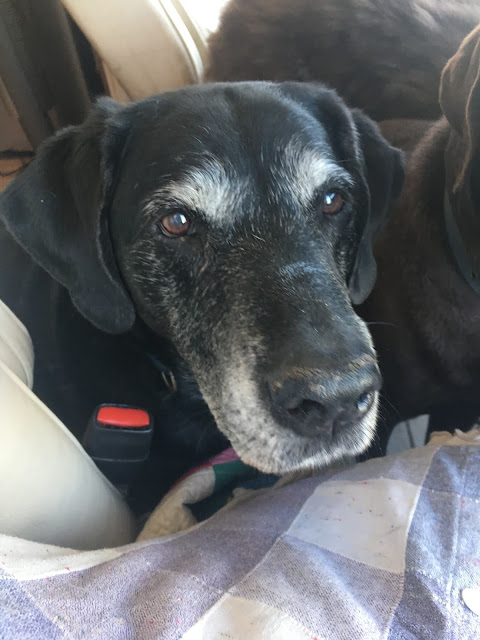 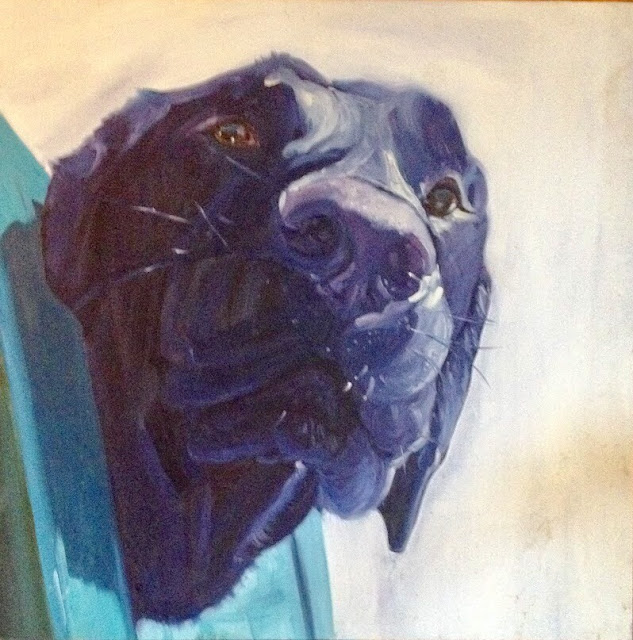 Yes, borrowed from Tom Petty...but now to the point! The Blackstone Griddle!!!  I have had my eye on this baby for months after reading reviews from other RV ers , campers and just people who love being outdoors at their home. While we were in California it wasn't a good time to purchase since all the rigs were so close together and then in Arizona for a month not so convenient. I would wait until we arrived in New Hampshire. I think I made it for 3 days then got right onto Amazon, ordered and in two days I had my dream griddle.


Roger is the cook in our household but since this came I have been having a blast cooking.!

Along with the griddle I also purchased the set of spatulas which also come with two plastic bottles. I use one for water to clean off the griddle and the other for Extra Virgin Olive Oil. It also comes with a cleaning "blade".

The round top with the handle you see in the photo I got for covering prepared food and is also used for covering food cooking, as in melting that cheese to perfection on your hamburgers. 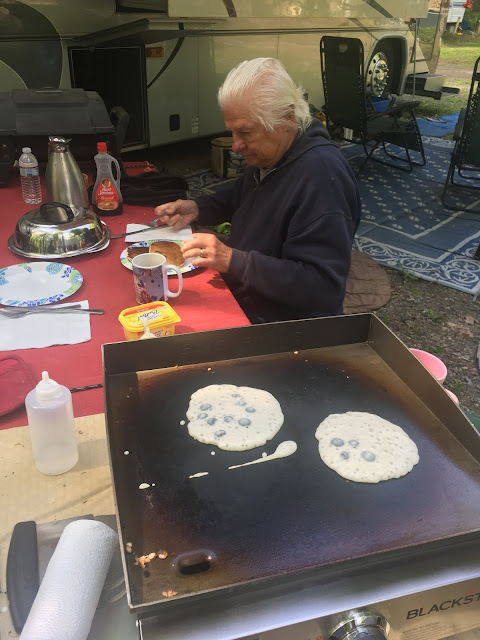 Day 2 of cooking.. Avocado toast! Toast with loads of avocado smeared on top, two slices of tomato and topped with a "griddles" egg! Healthy and delicious!


The day my sweet griddle arrived!! 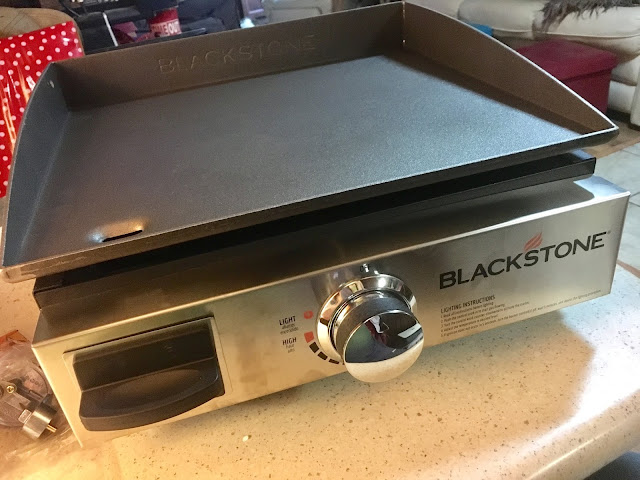 Before using you need to season the cooking surface. I did use two cans of propane to accomplish this. Once you do light the griddle it does self light after that which is a bonus. So after the griddle top is heated you squeeze out the oil on top of the surface and let it steam away until the top blackens and the steam has subsided. Wait a bit til the top has cooled and do it again. I did this about 3 times and did notice that areas along the sides and back weren't blackening but after googling found that it would as you used it. Happy to report that is correct!!

So, pancakes, black bean burgers, regular burgers, eggs, bacon ,toasted buns and chicken for tacos ,oh and hotdogs. You name it, you can do it on this griddle. The man in the site next to us has the larger version and the family behind us has the next size up from ours. This one fits our traveling life style perfectly. I also purchased the cover and carrying case for it.

As you order your griddle they do give you all the accessories to add on or bundle.

Sheila, you're excited over cooking?? On a griddle??

Yes, I am. For a short period I was a cook at a Friendly's restaurant, yes go ahead an laugh, but now I'm feeling we are getting healthier by using this plus it's just plain fun! Did I mention things cook up faster? I'm loving it and the black bean burgers actually came out great and tasted fantastic! The griddle came with some recipes so next is the "Salad Pizza" . I'll let you know.

Ok, off to cook something for breakfast before the rain starts again...(deer in headlight look right here!!)

Warmly,
Sheila
P.S. Not sure if you have noticed but now the blog is a secured site. Adding "s" to the http we have now changed and your information will not be accessed.

Living The Artist Dream is a participant in the Amazon Services LLC Associates Program, an affiliate advertising program designed to provide a means for sites to earn fees by linking to Amazon.com and affiliated sites..
Posted by Sheila Wedegis at 10:49 AM 1 comment: