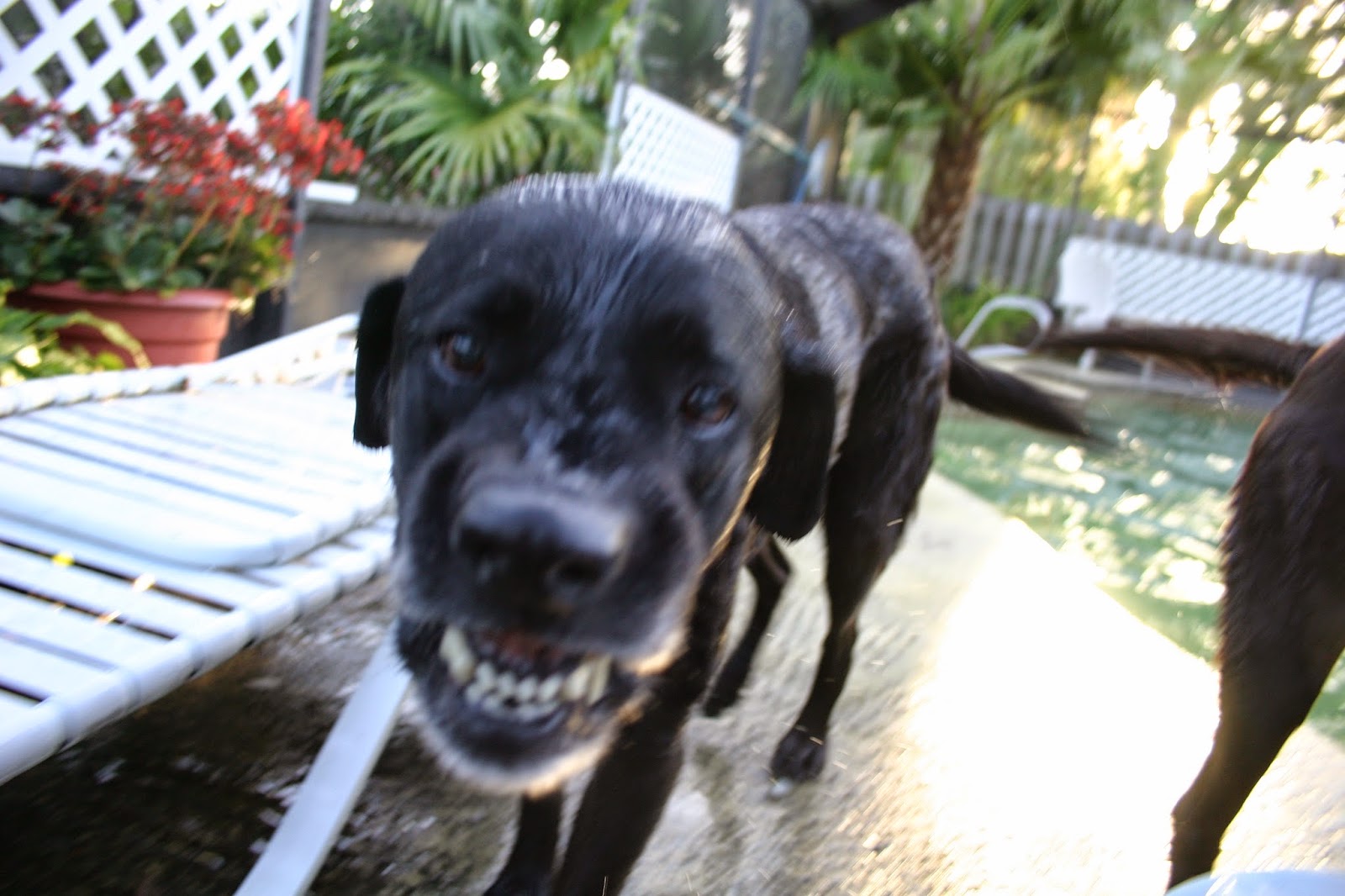 This is Sophie. My first Labrador, my Heart Dog and Muse.  Roger got Sophie for me soon after I lost both parents 6 days apart. I couldn't even go outside from panic attacks.  Sophie was so shy and she needed to go for walks, so together we went into the world. She is the reason I paint Labs.

You may think she's growling but in fact she's smiling at me. I would roar with laughter then she would mock me by bobbing her head up and down as if laughing.  I lost her to oral Melanoma, September 11, 2012 at 3:15pm.  The vet assistant said after she really thought I was going to put my arm out next to Sophie's so I could go with her.  I almost did. 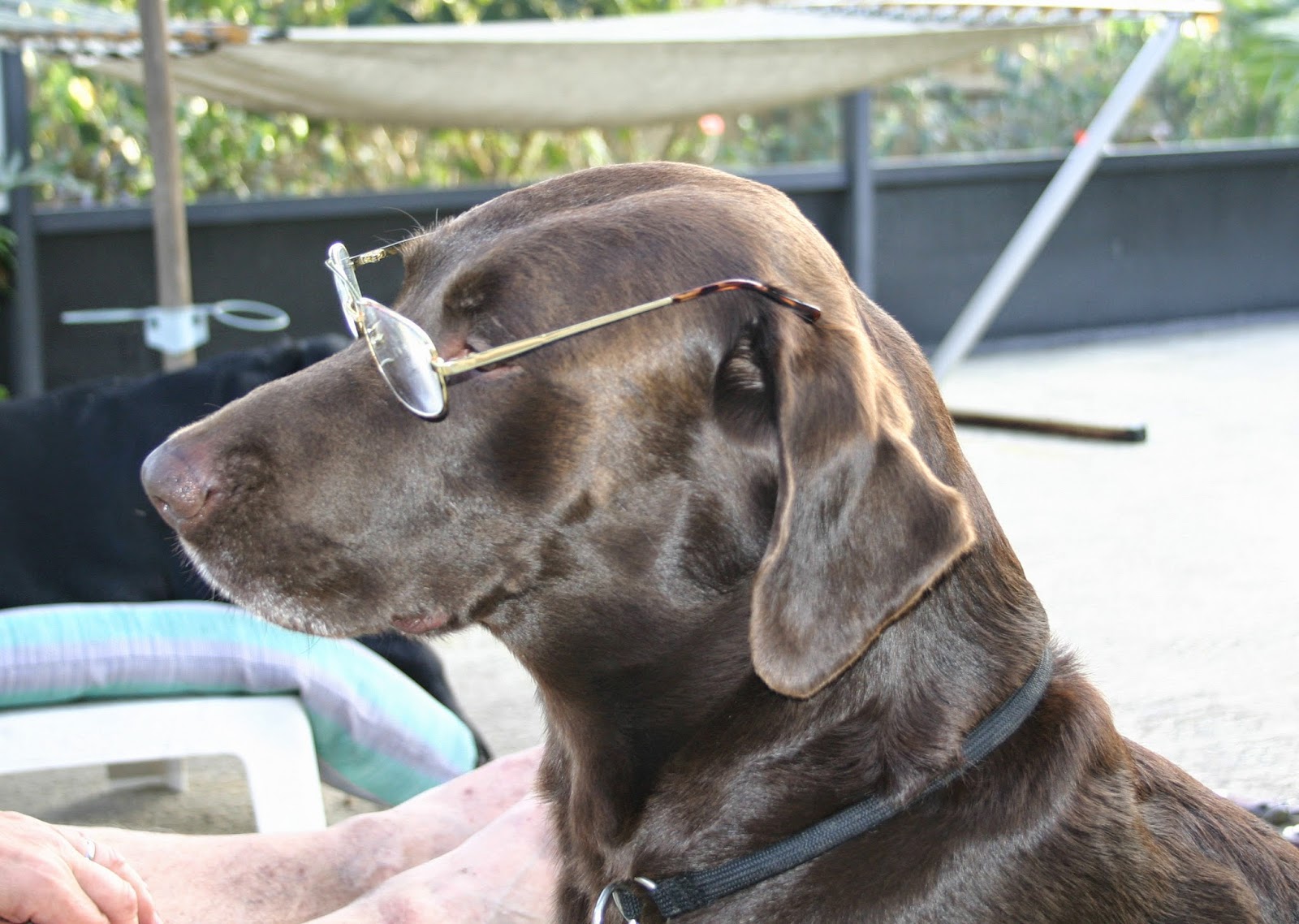 Fergus! Roger's baby and a clown.  He did agility and I have never seen a dog go over a jump backwards but he did.  He had his eyes on Roger and he twisted in the air.  A true love and Sophie's "baby" so to speak.  One day when Fergus was 10 , he started to go in circles. We were at the vets of all places and he was admitted right away. They weren't sure what it was but he became paralyzed on one side. I took the summer off and stayed with him night and day even sleeping on the floor at night with him.. We lost Fergus on September 6, 2010 to a brain tumor.

June to September I get nervous...LOL. And I have become very picky about what I feed them.

Sammy is the next. He turns 9 on May 10th. Still going strong.   He's the one on the right playing with Ozzie.
Sam is OCD, ADHD and has extreme anxiety. Sigh.  He is in my life to teach me patience and focus.
At night he curls up in my lap or in the crook of my legs when I sleep. We all need extra love at times. 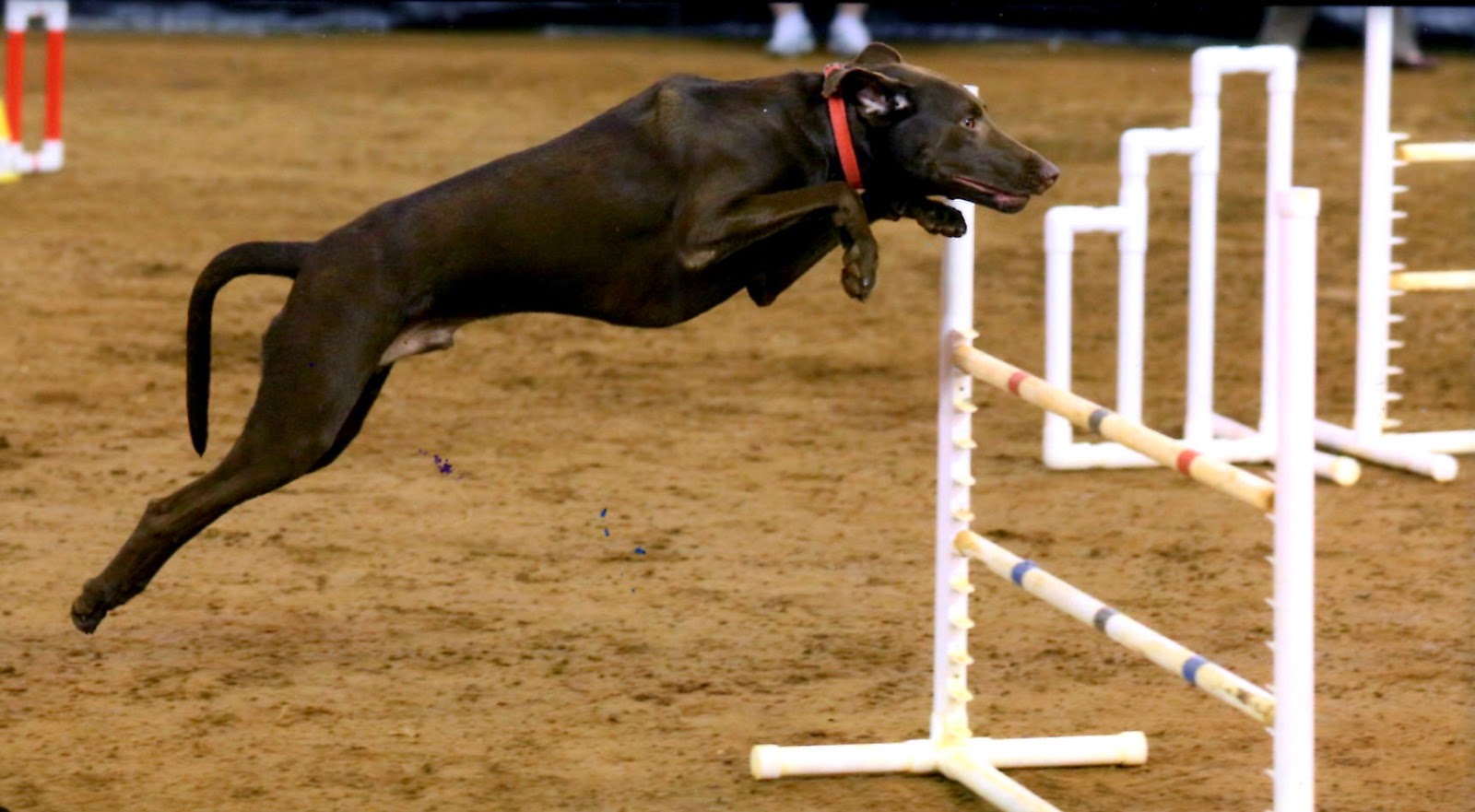 Ozzie!! He and his siblings were abandoned at a kill shelter in Alabama. Filled with fleas, worms you name it he was taken in by a foster Mum who cared for him night and day. He was the weakest and not doing well but she kept at it. We adopted him and now look at this terror. He does have OCD when it comes to tennis balls. He has three in his mouth and tries for a fourth when ever we play.  He also curls up on the bed stretching his rear legs forcefully into my chin at times.  Ozzie is Roger's baby now. 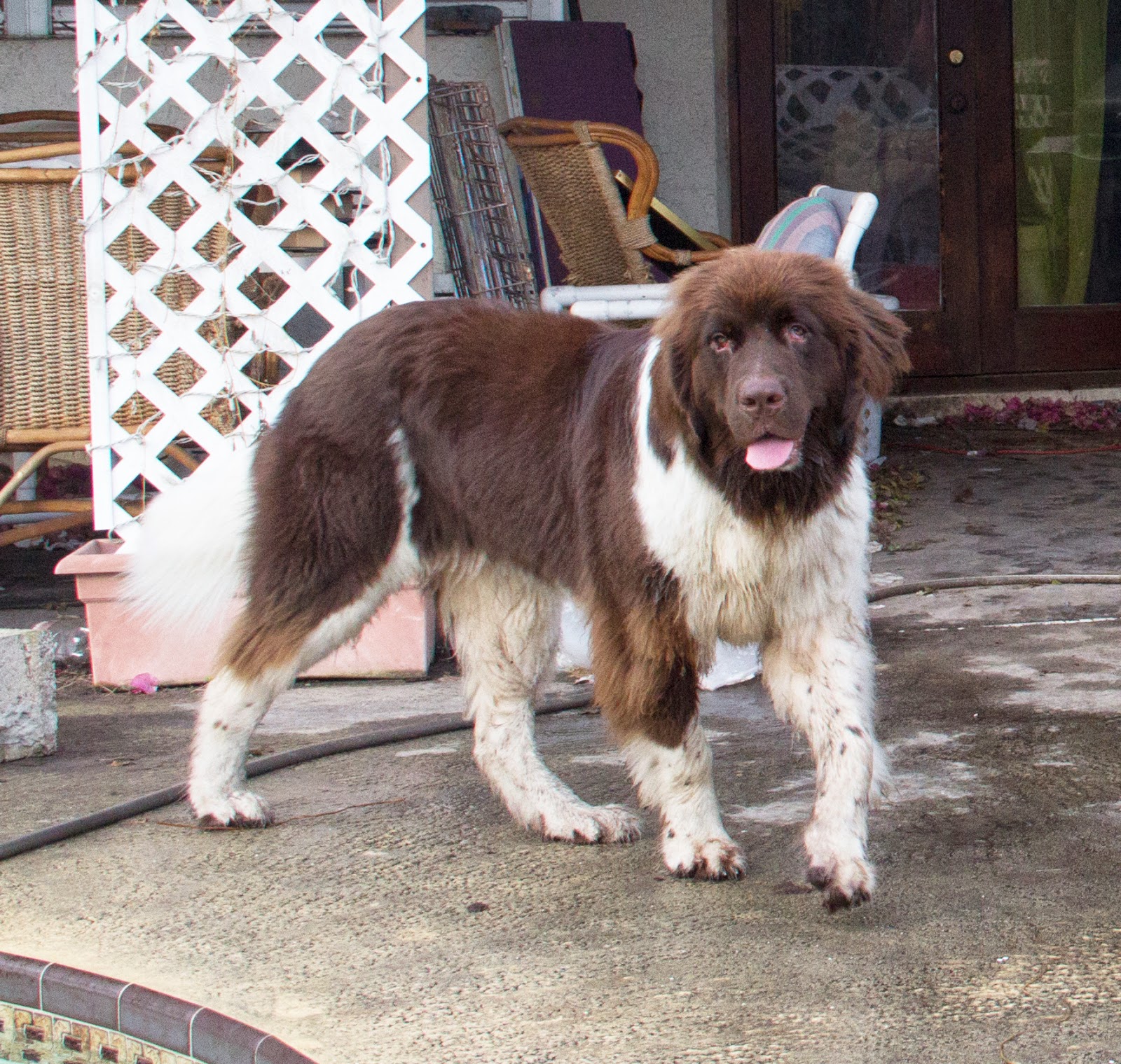 I didn't realize how much I was grieving for Sophie. My artist friend Dee, adopted Lola after loosing her Newfie, also named Sophie. Oh, and Dee Duke was at one time my studio mate! Plot thickens. She ran over to the studio one day and said, "Are you ready for a new dog?"   The short version was she brought Lola over to my house that afternoon and she never left.  We did have an issue for a bit between Lola and Sammy over me. Solved that one quickly now all is well.  Dee had small dogs and Lola wanted to play alittle rough with them. Being a puppy is a tough job.

Lola is a love. Huge and slobbery and makes me laugh.  She was quiet and shy and so much like Sophie. She started the healing process.  Then, my friend Carolyne Poulton who runs Lab Rescue Scotland told me that when a Newf becomes settled and sure of her home she tends to take over and become demanding.
LOLA??? Holy cow, we are so working on that. Sophie used to put her arm over mine when I petted her. Lola does that. We hold hands quite often. LOL But her WOOF when she wants my attention is deafening.  Or WOOF, it's diner time, or WOOF WOOF, Time to get up out of bed MUM.  Or now, WOOF WOOF WOOF, you are just sitting there looking at that big box with people in it so you need to rub my back. Here, let me turn around so you have easy access.

So there you have it. The dogs. We have also had 6 cats in our time together. Fergus used to carry our old Siamese, with one eye, out back to lay in the sun together.  No cats any more. We'd have to get a circus caravan.