Beyond The Gate..Ya I Did It!

11:30 A.M. we climbed into Bob's truck and off we went for the adventure which will take me "beyond the gate!" The photos I took are from a moving vehicle so maybe a bit blurry and through a window so maybe a bit dull, but after today I will go back out there just to take photos or paint. Oh ya!!! 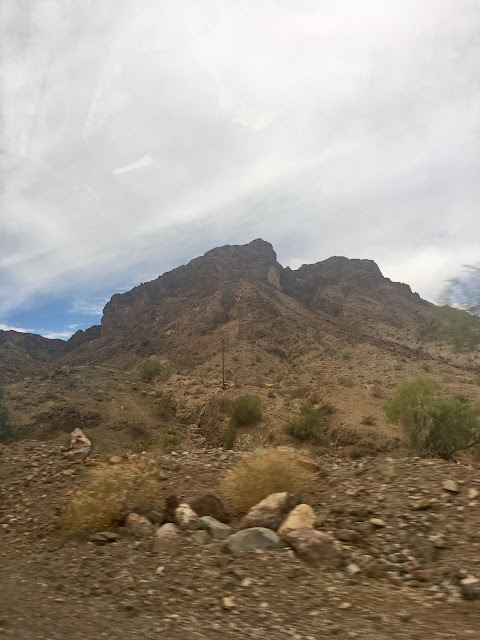 It may be hard to see but that's a natural bridge up there in the mountain. I'd like to go back and stop and get a better photo. 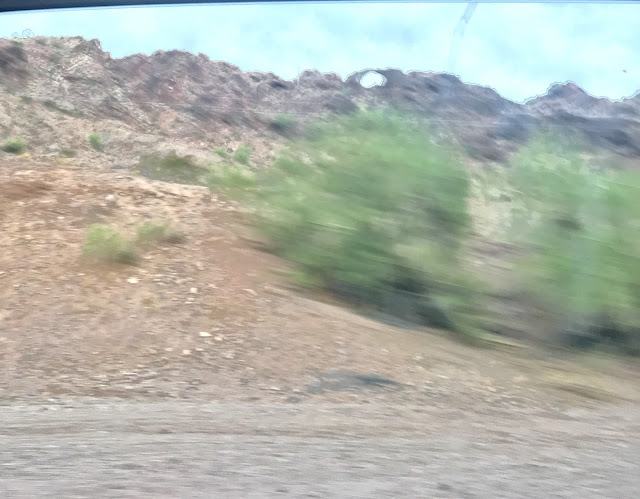 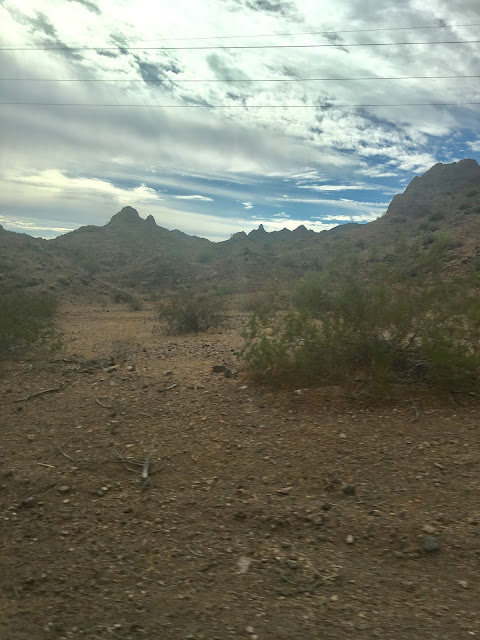 This was and "oh myyyy" look. We started ascending and Betty said, don't look down, but I had too. I'm saying "we really drove this road coming in here?" It's a "2" lane road and I say that very loosely because if CiCiBlue was on it and another RV came towards us I'm not sure how we would both fit. 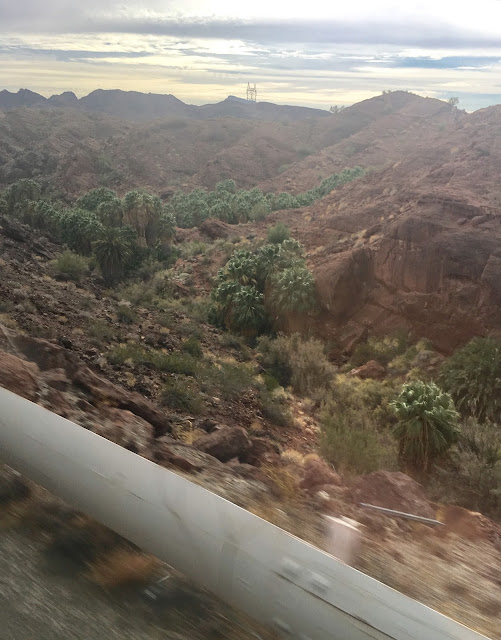 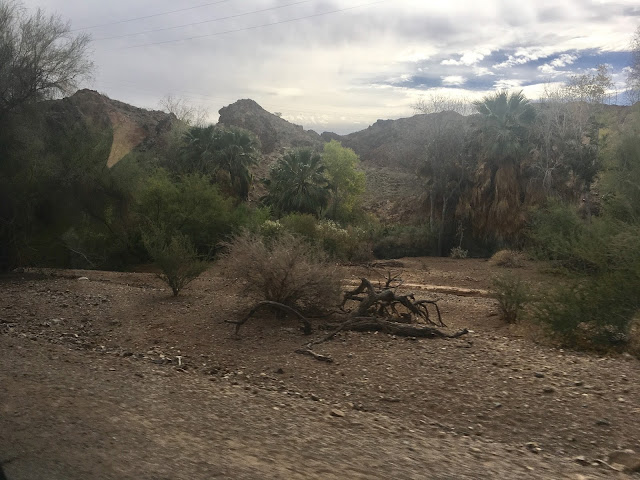 Parker Dam, California. The short cut for cars during the day to Parker, Arizona and the road to Lake Havasu City. No Rv's or trucks can pass on it since there is an 8 ton limit and the skinniest road ever. They close the gates at I believe 11:00 P.M. and Open it again at 5:00 A.M.

info about the Dam 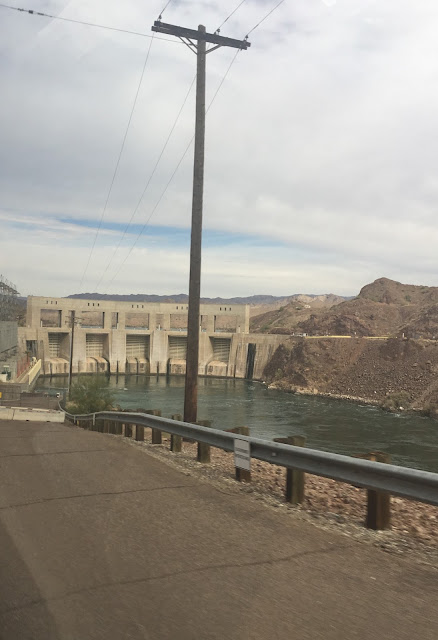 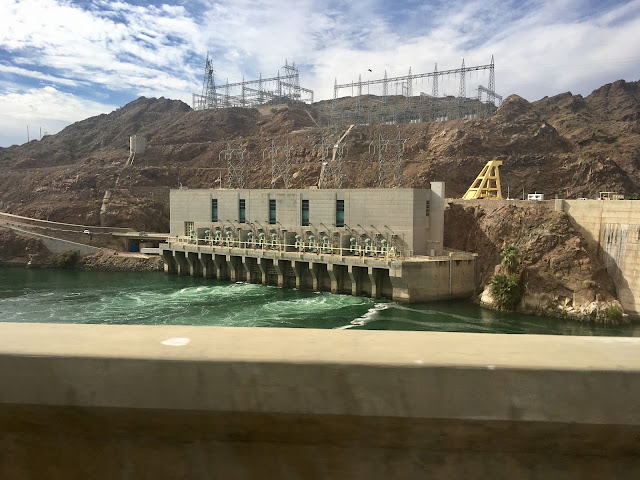 The bright green of the Colorado River. 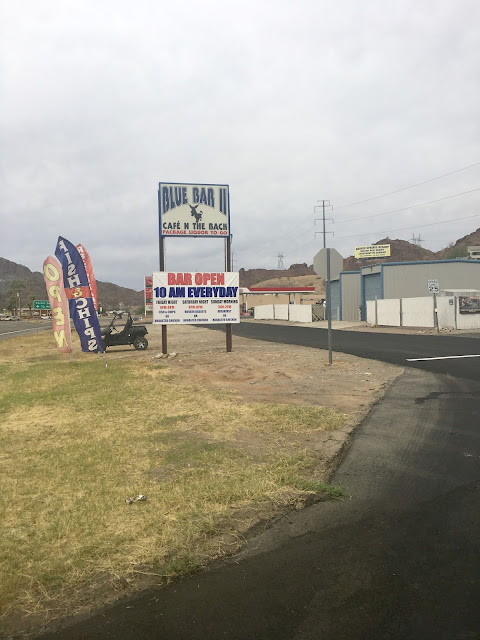 And we arrived at our destination. It's right after we come off of the Dam road.
(Yes I just giggled reading that too) 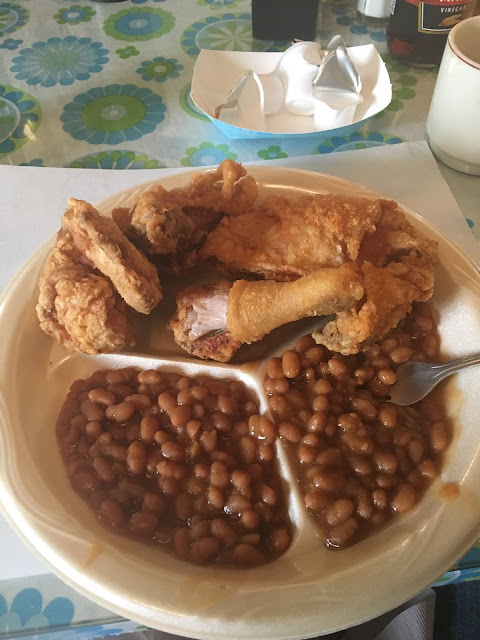 Voila'...It was amazingly delicious and I never eat the skins but today..
Roger ate a wing and I brought home the breast after eating a leg and thigh! 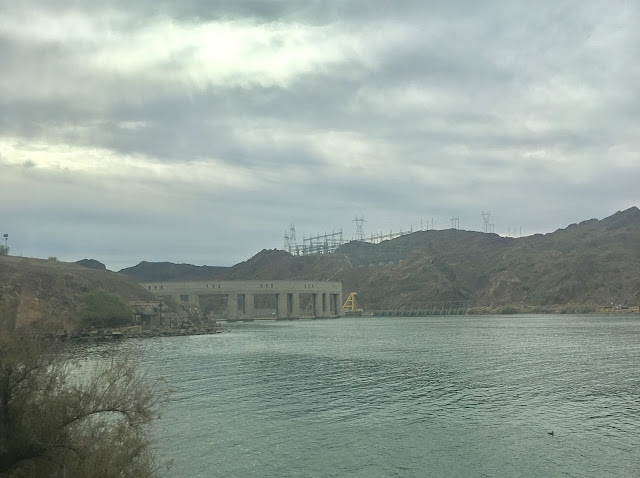 Bob took a crazy winding road into a park to show us the backside of the damn so we would never have to think about what it would look like!! It is an adventure!! 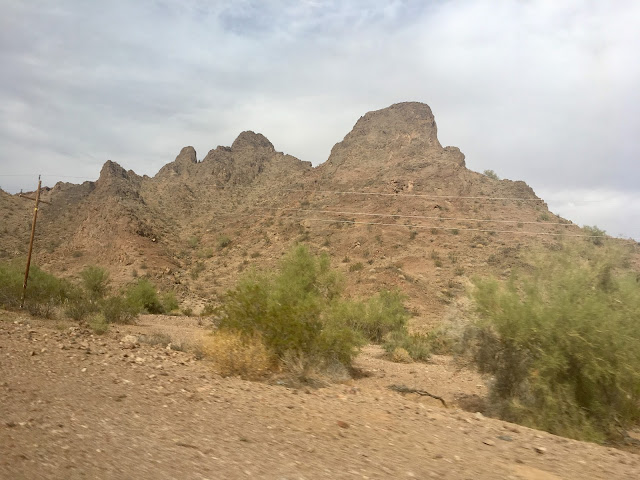 On our way home I kept seeing strange holes in the rock formations. Wyatt Earp lived not too far from here and in his later years mined for copper and gold in them there hills. I need to do more research on that. Interesting. I know when we were up in the "cheap seats", Joy told us that the reason we couldn't get any reception was because of the minerals in the rocks. Hmmm. 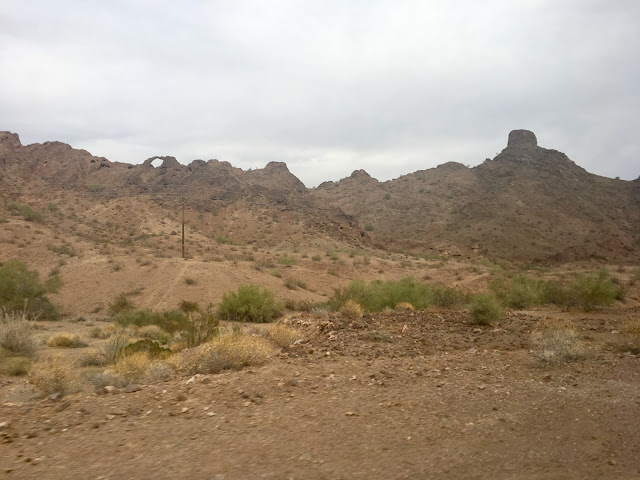 Found a better pic of the natural bridge formation. Roger commented that in just a few days he's noticing growth and color change in the desert and mountains. I'm seeing the greens change. Blue green and sage..there's a lovely softness to them. Very exciting!!

And so I did it...went beyond the gate! It wasn't as bad as my head makes it seem at 2:00 A.M. when those goblins appear. Today I envisioned CiCiBlue riding out over the road and there was really only one part where I may be on the floor hiding..no not really..I'll be crocheting feverishly!!

That's it for today..have a great night and don't miss out on your dream even if you fear going past the gate. You'll be ok!!

Posted by Sheila Wedegis at 5:06 PM