When we are in New Hampshire for the summer we are in the woods and it's so so quiet. It's peaceful and I'm at home.

Today, here at our park in Florida, I went out for my daily bike ride around the park and up around the gas station. 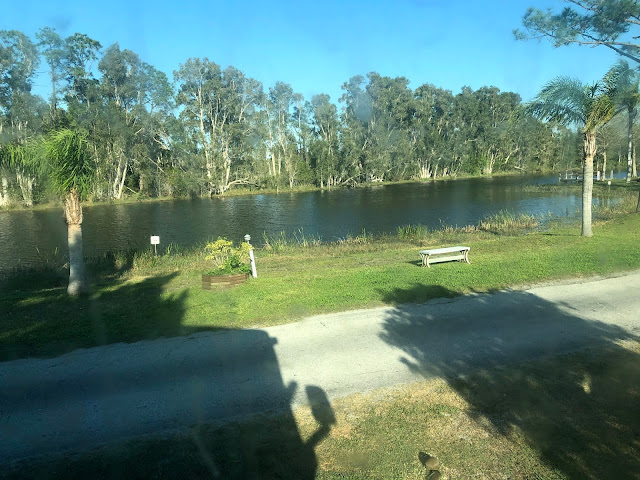 We are about an hours drive to Orlando International Airport so we are in the flight path from the planes coming off the ocean and could track others going over us heading North or South with Flight Tracker.  The sky was just one contrail after another and when they'd come in over the ocean, just about over us, they would slow as they headed for the airport. You actually heard the engines lower and it almost sounds like they stalled then powered up again.  The quiet. No planes have come in over the Atlantic in the last couple of weeks and the one or two contrails that we did see went to four or five as people flew from New York to south of us.  It's now back to maybe two, but to Orlando.

No one is out here. It has been crazy hot, close to 94, 95, which is early and people do stay in.  But there's a quiet I can't explain.  The noise from I 95 has lowered, less cars. It's Sunday so not so many truckers but we will probably hear them more this evening and through the night. I sleep with my window open so I can hear the sound. (City girl and it puts me to sleep. Except when one blows a tire. lol)

Not sure when we are leaving so thankful we're here and safe.  We workcamp in N.H. so praying all will be well and Roger says we can make it in 5 days rather than our usual 2 days here and maybe 3 there way of travel.  As Roger says a lot these days, "were living the dream"..but, as I say back to him smiling..."We are".

Sitting outside last night with a lovely breeze we actually had company! 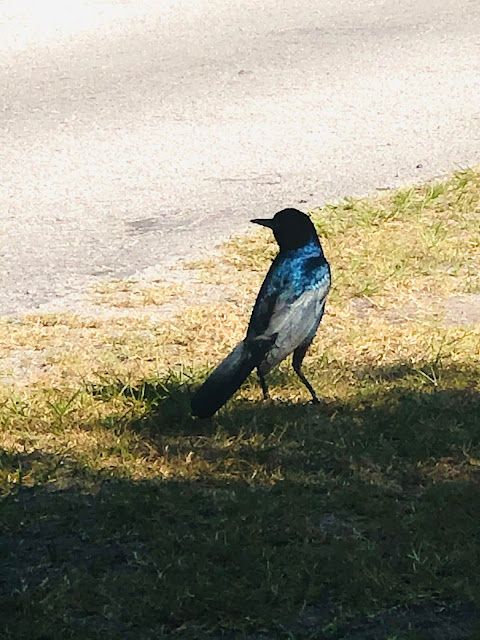 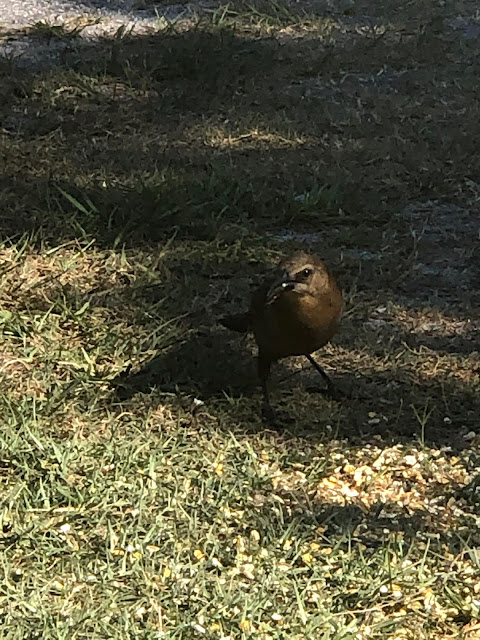 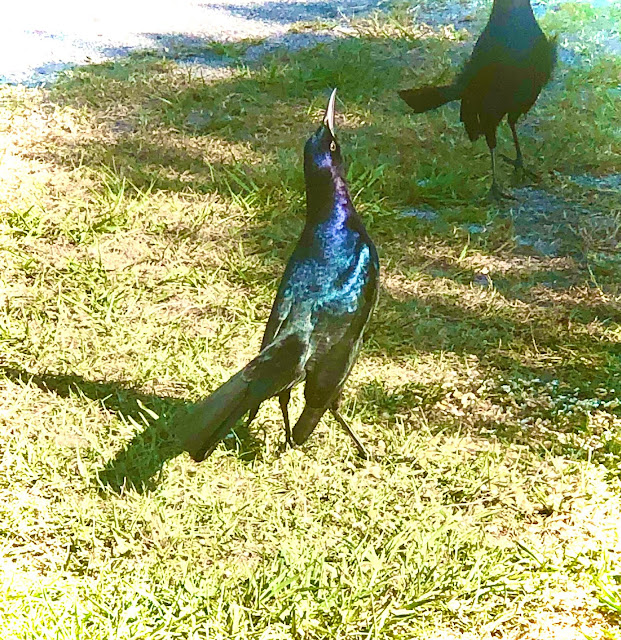 Roger throws corn onto the round for the birds and this guy came over but didn't see us sitting there. Then he did! 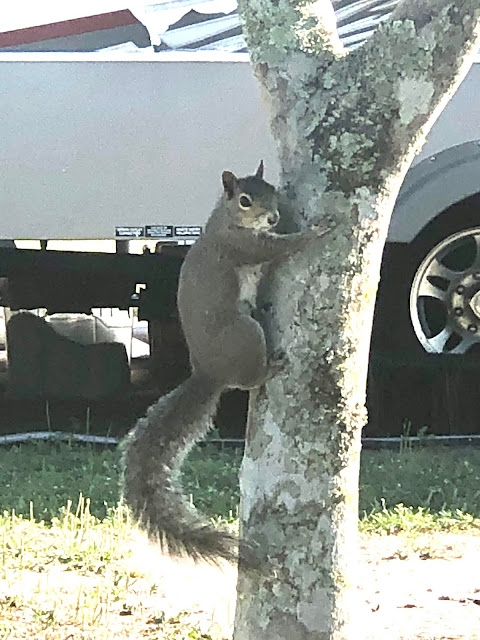 I've been working of this painting for a couple of weeks now. The reference photo is digitized to look like a painting. The client asked for the portrait to be similar.  It has been a challenge but the client is pleased. A bit more to do on it then off it goes. 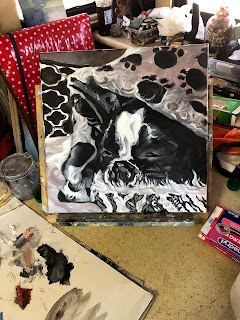 The Original Reference Photo Below 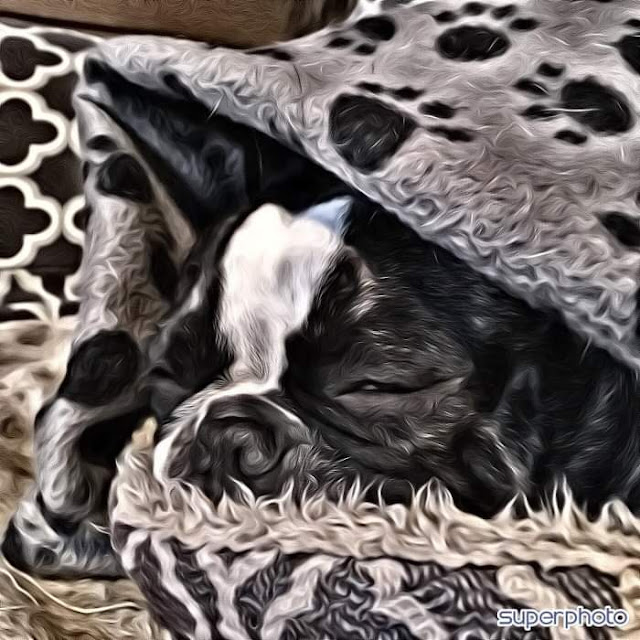 Well that's it for today.

Stay safe and know I'm thinking of all of you.

Posted by Sheila Wedegis at 3:44 PM