Lola Gets A Bath And Other Stuff 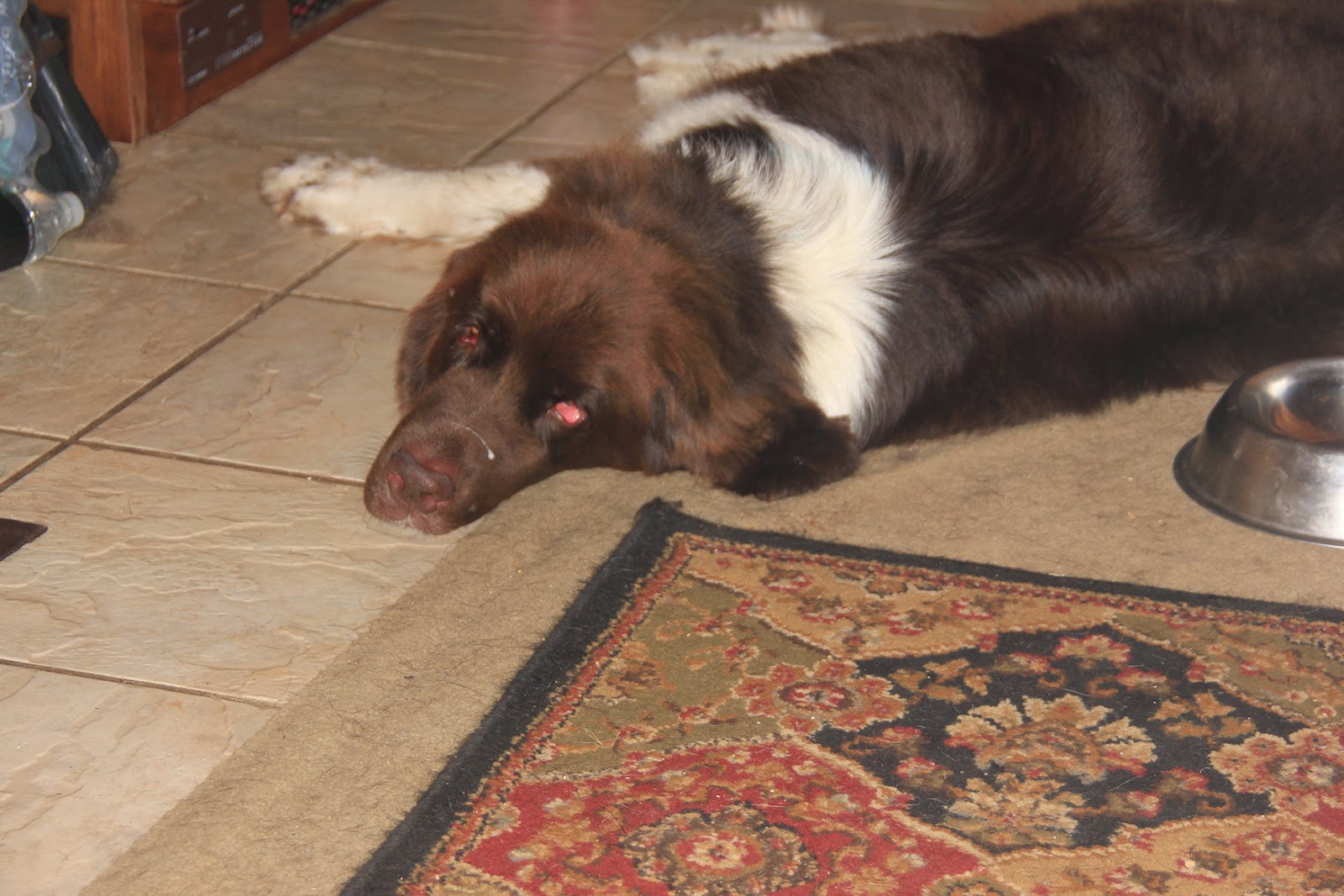 Lola gets a bath is sort of a silly thing to say because I was drenched after the fact. Thankfully it was hot out.  After we had our morning coffee I started to brush her hair out. I have neglected getting all the burrs out from our time in the woods and I was feeling really guilty plus Newfies get globs of matted hair under their bottoms and that so needed to be taken care of. Out came the scissors, comb and brush and as Roger held her and chatted away I brushed and trimmed. First her ears then her head and around that area. She was looking like a mad woman. Then her paws. She did a little two step in between, not caring for the mani/pedi, but we got it. Then the dreaded rear area. That was tough and will be ongoing but we got legs trimmed and her over growth of fur on her rump thinned out. The burrs and "Mice Droppings" are gone.

Then the bath. I forgot the shampoo at the store for her so I ran in and got my Paul Mitchell. I know her hair is totally protected now. Thank you Paul!! After I rubbed on ShowShine. (Out of Cowboy Magic) Both products are for horses and their manes, detangling and shining their coats. You rub it on and comb it though. You can see her fur shinning.  Then we walked to the park so she could walk through the mud puddle....egads...but that is their "doing business" place and when you have to go, you have to go. Poor Lola's was a little loose do to the stress level today of being clean!

It was still early in the day so I decided to actually do some plein air painting. Note to self..go away from where dogs can see you.  My neighbor also decided to drop over, dogs barking, to see what I was doing. Dogs barking and acting silly was what got me. 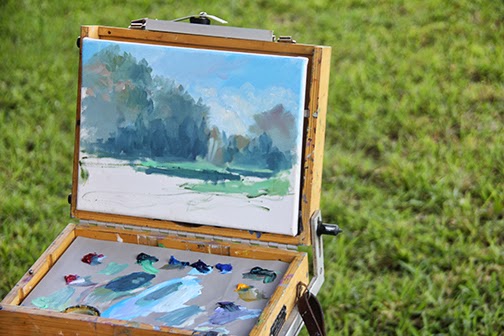 Lola wanted to go into the coach, Ozzie was barking at Roger who was riding his bike around the park, Sam was being good though I know he really wanted to bark, then Lola saw Roger and started barking to come out. Now Ozzie and Lola were barking in and out of synch as a tow truck pulling an old, old broken down RV came past me. Someone is living in it but we're not sure if they will be fixing it up or just needed a home. But I know it's one more thing for the kids to bark at .Sigh.
I will say though Cheryl, who works around the park actually walked by earlier and they didn't bark!!! We did a happy dance. She has small dogs and knows they are just protecting us from the people we say hi to. Egads!!
Posted by Sheila Wedegis at 5:09 PM