Where Did The Weekend Go

Holy cow that went by quickly, but not quietly! As you know I have this thing about having dogs on lead when they are outside. Ours are, so I'm thinking everyone should have their dog on one too. A 6 foot one.

Friday morning, after our coffee outside, we decided to take the kids to the park.  All hooked up on their leads we proceed. I walk Lola and Sammy and Roger has Ozzie. Two sites away from us lives a large dog and two small teeny dogs. As we started by their trailer, the owners were there, the two teeny babies jumped off the chair and started barking and running towards us, unleashed. Ok, I so need the kids to do a "leave it" and keep on walking but it took us by surprise and soon I was surrounded by leads and big dogs.  The next thing I remember was falling and heading to the ground, thankfully grass, but unhappily it was a fire ant hill! Now you know what my weekend was like. The dogs were kissing my face and Roger fell on top of me with his knee going in the hill of ants.  Not one lead was dropped during this fiasco.  Then I started laughing like a silly because I was still alive and the dogs were still with me.  My goal this week is training Lola to walk beside me and the big "leave it".  Knowing her she just wanted to play but one wack of her paw and we have a splatted teeny dog.  The owner came over later to see if I was ok and to apologize.  It's all good. We did find out later he was told the day before to keep his dogs on lead so I'm sure there was a bit of panic that I'd say something. I didn't. As I see it, lesson learned.

This weekend was the reunion of our High School Class of 64. Yes, 50 years. Let's hear another holy cow. I went to Mount Saint Joseph Academy in Brighton, Massachusetts, an all girl school of learning. At the time I really disliked it. No one knew I had ADHD back then and reading about the symptoms of course I had a difficult time. Everyday was fear and not understanding but thankfully the things we did learn stuck and I had a fantastic education.  I, however, did not go to the reunion but my high school friend posted pictures of the reunion so I could see everyone.  50 years...yikes!!

November news..a little early. My friend Lou Belcher just finished a great children/adult book of her sketches of cats intertwined with the alphabet. It's humorous and fun and can also be used as a coloring book. She signed up ages ago to be in the November Book Fair in Eau Gallie, Florida. We were in it together last year as I had just published the second book of the Frog And The Dog, Ozzie Learns Responsibility.  The Dog And The Frog  (On Amazon) As usual I procrastinated.Then I thought, how fun it would be if I finished the comic book of Lola and The Boys  The Adventure Begins and went to the book Fair again this year with it!! 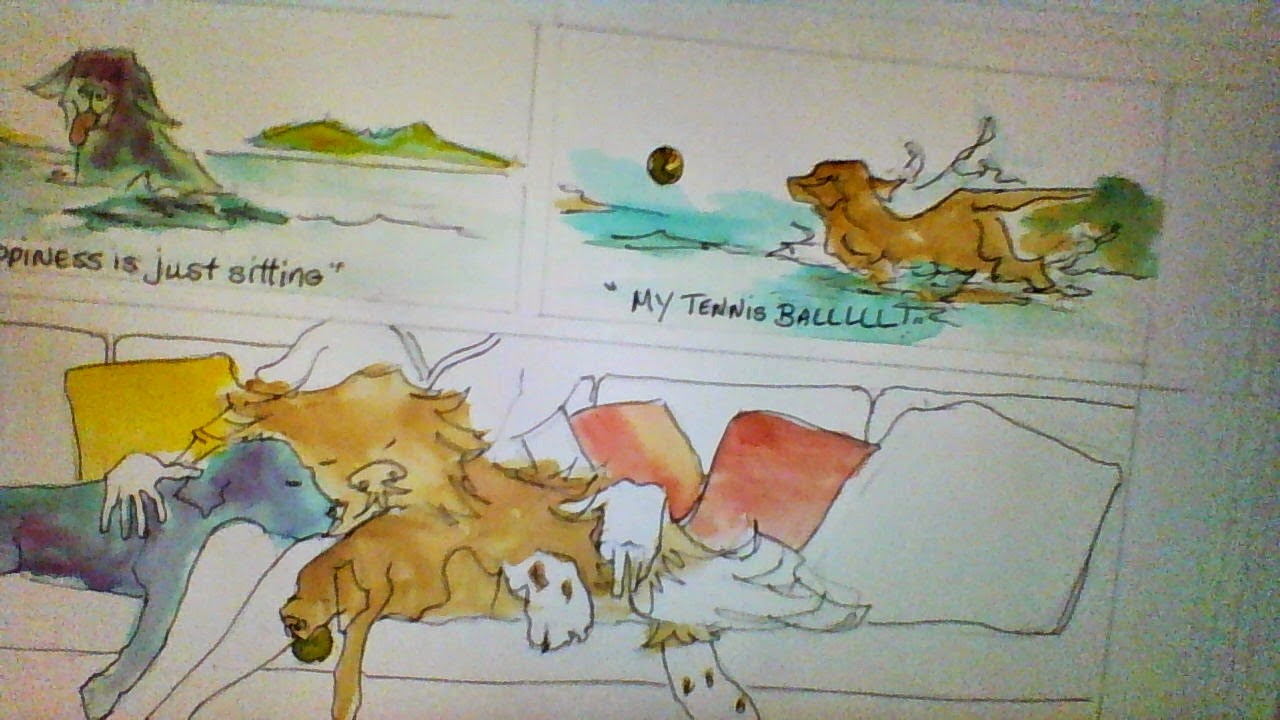 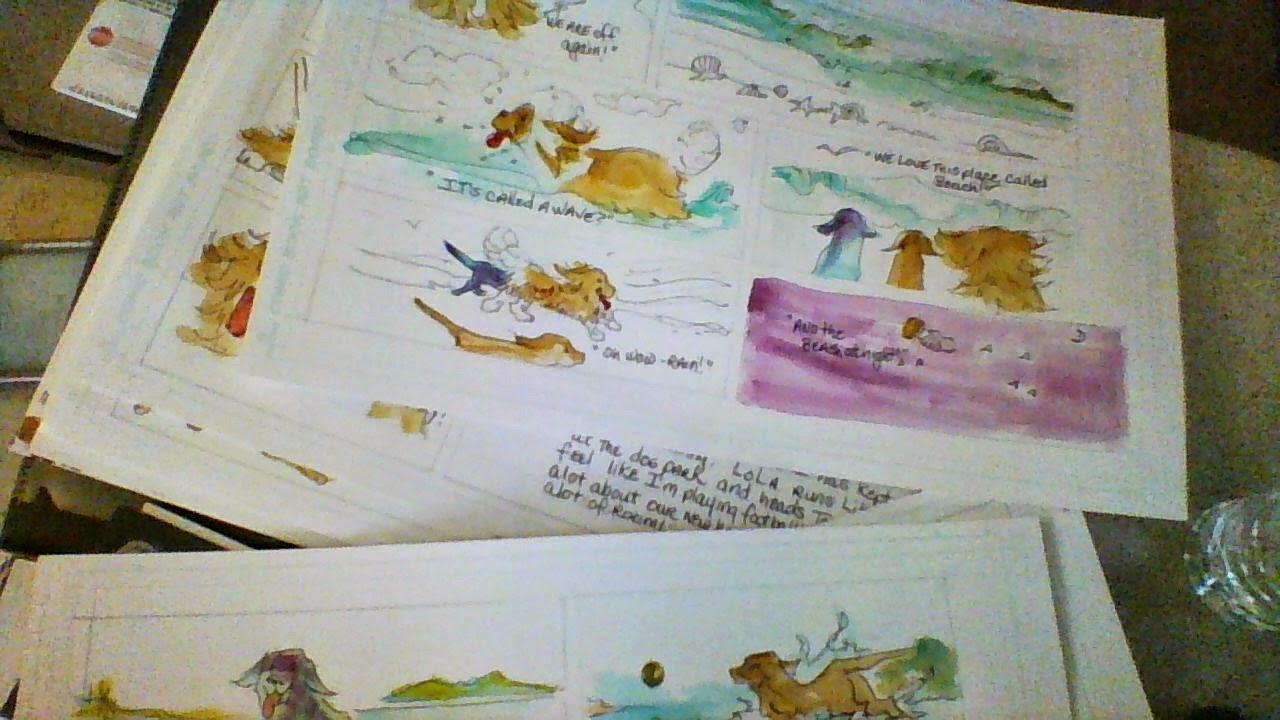 I'm just finishing up the inking process then I'll scan it into photoshop.  Roger takes over then, resizes and tweeks it for the book.  Today is the finish day.

Email ThisBlogThis!Share to TwitterShare to FacebookShare to Pinterest
Labels: computers, Crystal Lake Rv Park, dogs, drawing, Lola and The Boys, The Dog And The Frog