The Slide Has Been Repaired Or Decided To Work 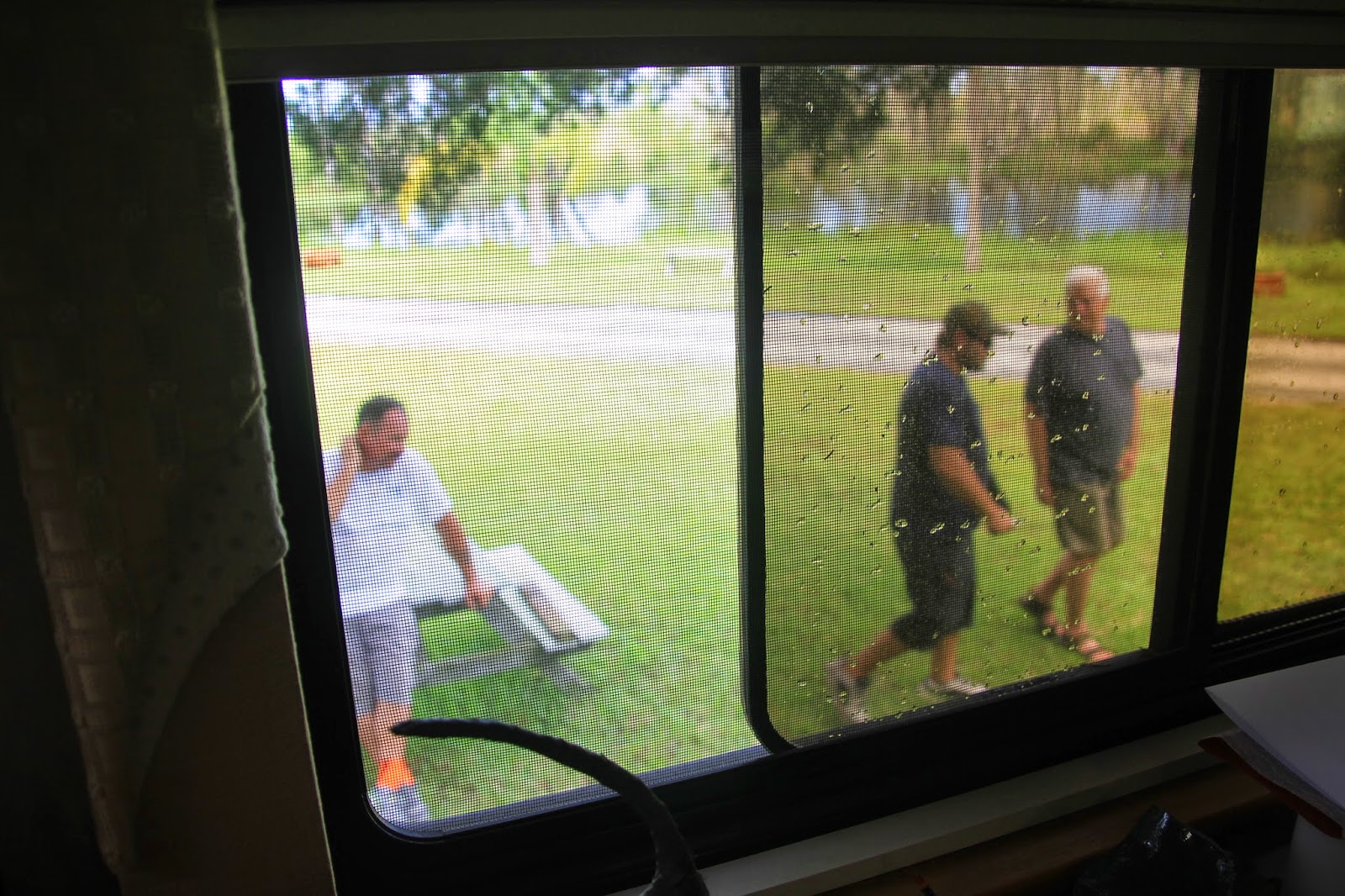 Roger and the GUYS!!  They arrived from Cocoa about 1 P.M. just as it started raining. I took the kids to the park and they started to look to see what was wrong with our slide. 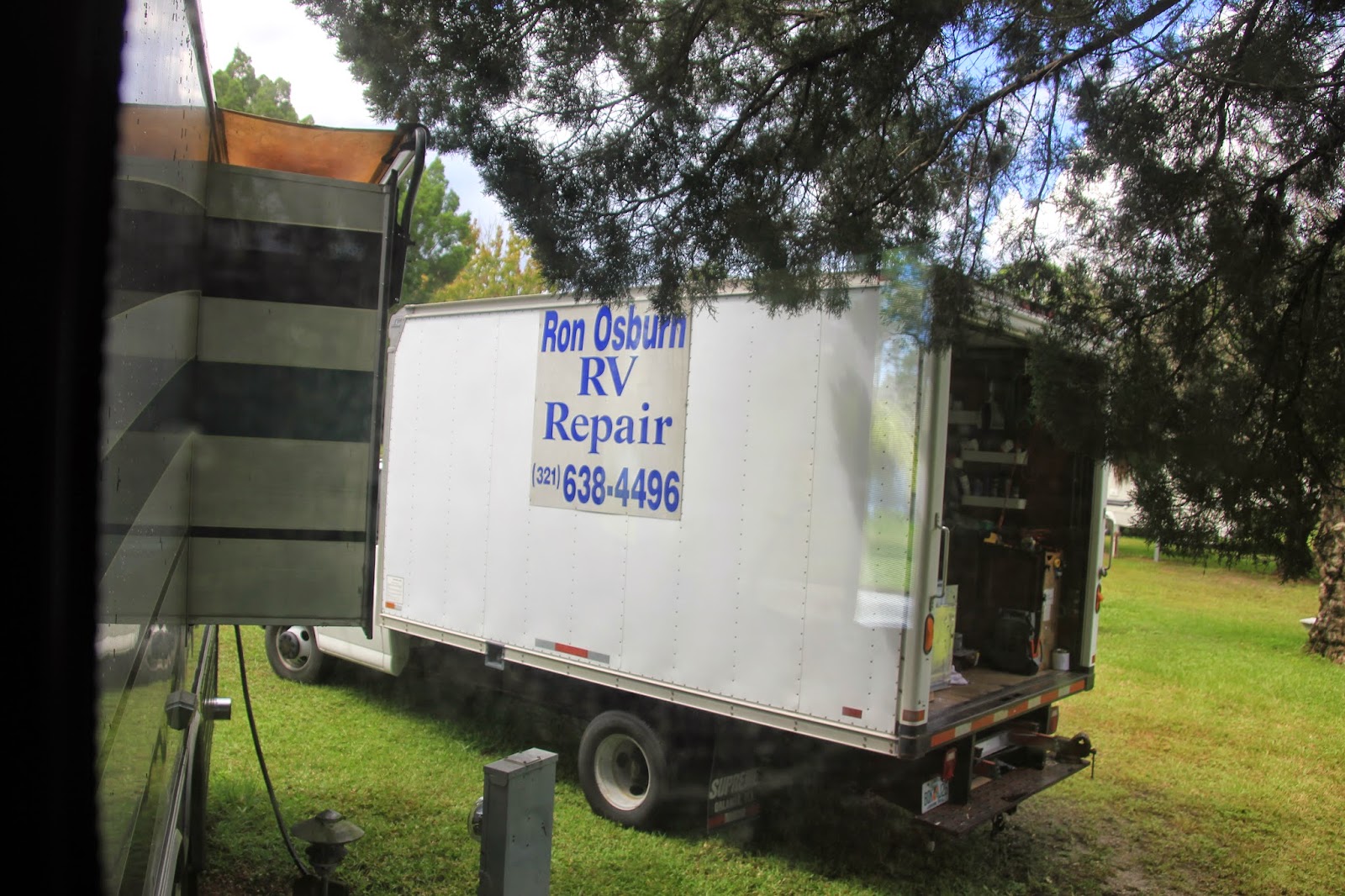 Thankfully the rain stopped and the kids liked the guys so there was no issues there. I was impressed that one of the workers could actually rearrange himself to fit into our basement space. Ah youth!! Anyway, they tested every wire and the motor for the slide and didn't find anything wrong.  You are looking at our bedroom slide in this picture since the kids and I went inside. Then I saw the Living room slide move back. My fear is that the dogs get their paws caught so training came right away. Sammy...couch and down. Ozzie, kitchen, sit. Lola...bedroom..bed, stay.  They did fantastic. Maybe the sound of my voice helped.

Then the slide moved a bit and then started to come in. Lord the rug is disgusting. (Saving for new flooring as we speak). It came all the way in then stayed. Now what? The men all gathered and I swept and picked up dog hair. The repair man came back in and hit the button and..voila'...out went the slide.

They have no clue what is wrong and thought maybe it was the "controller" but they have no clue where that is located. I got out the CC Bible and there was nothing in it about that. Hmm.  I have my email friend who has a 2004 Country Coach and he suggested that we call a man named Kevin who had worked for Country Coach for years and now works on his own.  Maybe he will tell us where the illusive "Controller" may be hidden.

So, tomorrow morning we will again stow and hopefully GO! We cancelled our reservations for the first RV Park but think we will call and stay for one night then drive to Big Hart Campground for our two week stay before going to Myrtle Beach for a week.  Getting through our first "break down" has given us new purpose.

It will be good to get going...Roger is finding himself a little down since his retirement. After working for a lifetime, getting up and going everyday, it's a little tough to regroup. Actually, we have been busier in the RV then we ever were in the house.


So, until tomorrow evening , hopefully in Georgia....Have a great night.