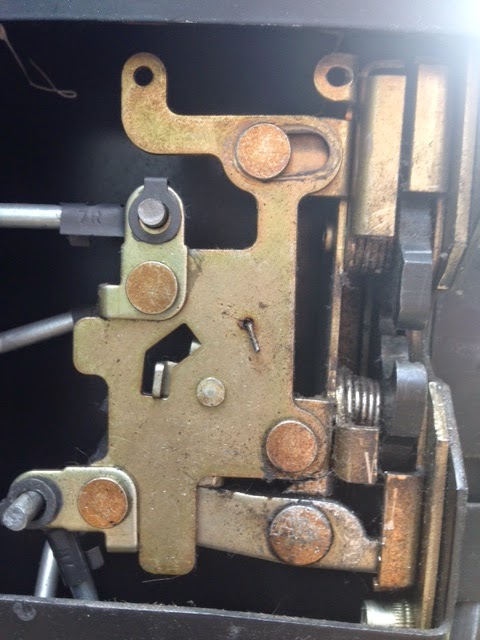 Before I go into "The Rules" I'll tell you about the picture above!

My son is a type 1 diabetic and has an allergy to anti biotics. He stepped on a nail last week and had a tetanus shot and was given..antibiotics. Long story short he landed on that Sunday in ICU from severe dehydration and vomiting. We flew to the hospital as fast as we could to be with him. The hospital had him on three IV's giving him fluids and one for small units of insulin. A week later he has recovered and is back to work.  We got home emotionally drained after picking up chinese food and went to open the door. Locked. Neither of us had the key!

I leave one of the back windows open a crack so I grabbed a ladder and started to climb. Roger later said my adrenalin was running so high at that point he just let me go. Now the opposite window leads right onto our bed but I took the one that you had to fall into. Which I did. Being aware of my sore hip so fell side ways and groaned. Roger leaned in and patted my head and asked if I was ok.  I grumbled no bit continued on. I went out through the coach much to the dogs surprise. Then as I went to open the door found it didn't work! I was locked in, Roger locked out.

We have Coach-net so I called them and they tried to find a locksmith that would come out to us on Easter for one and night time, secondly. Mark was the man! He arrived as I finished my food that Roger had passed through the window. He climbed in, opening the door and showed us how to reopen it if it would happen again. The next morning...yes we were now both locked in. I know now I would never survive in prison.  Mark came once again.

After he left Roger took the door panel completely off and this is what we saw. The image above. A spring was missing. It had to be. So off he went to buy a spring the size needed and voila'...it works! The excitement that we actually repaired something was exciting!! Stocking up on small springs as we speak! 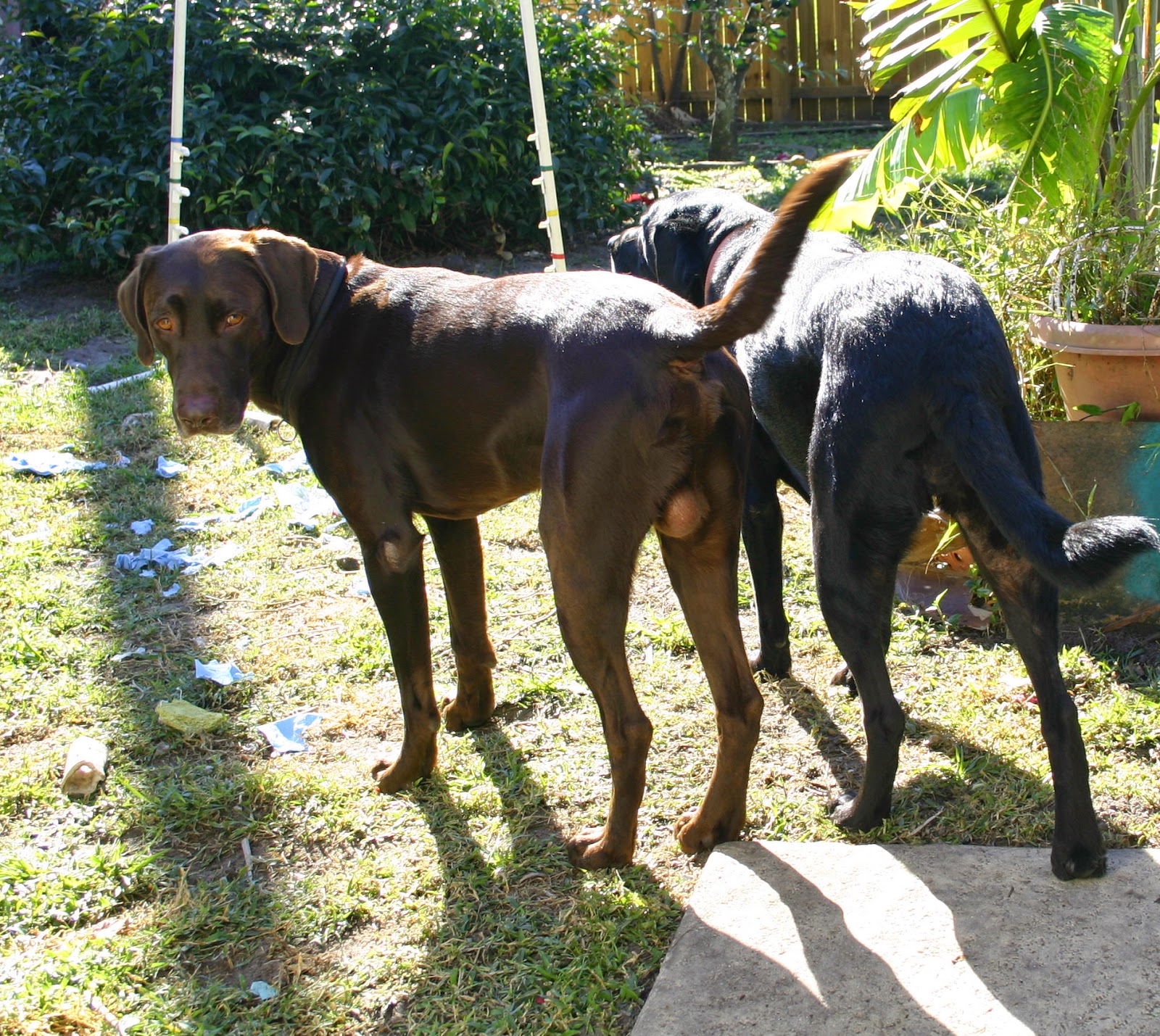 Our Spirit Muses. Fergus and Sophie.

Ok, the rules. Some are made to be broken but in an RV Park they are there for a reason. They are simple. My buggaboo of having your dogs on a 6' lead. Simple isn't it? One would think. Another rule is don't bring in Pit Bulls. I'm sorry but a neighbor had a pit /Lab mix and attacked our Chocolate Lab Fergus not once but twice. Dogs are dogs but when an animal has one of my kids by the throat I'm not happy. Since then I am wary. My issues. I realize it is the person who is in the wrong from not training or socializing.  But on with the rules. Last weekend someone came into the park with not only more dogs than allowed but with a Pit . A man was walking by with a small dog and the dogs started barking and as the small dog was also yipping. The pit got loose and killed the small dog. Total insanity.  Rules are there for a reason.

Again, I know people with beautiful Pits. Well trained and socialized. They have a bad rap. Was my beautiful Fergus hurt by the attack he was in? Thankfully no but the neighbors dog had holes all over his head. I suppose one could say that crazy Lab! Even today I will avoid small dogs in the campground. We are out for a walk not to socialize. Honestly, I can not tell you what my kids would do in any given situation. They are dogs.  And they are always on a 6' lead!!! 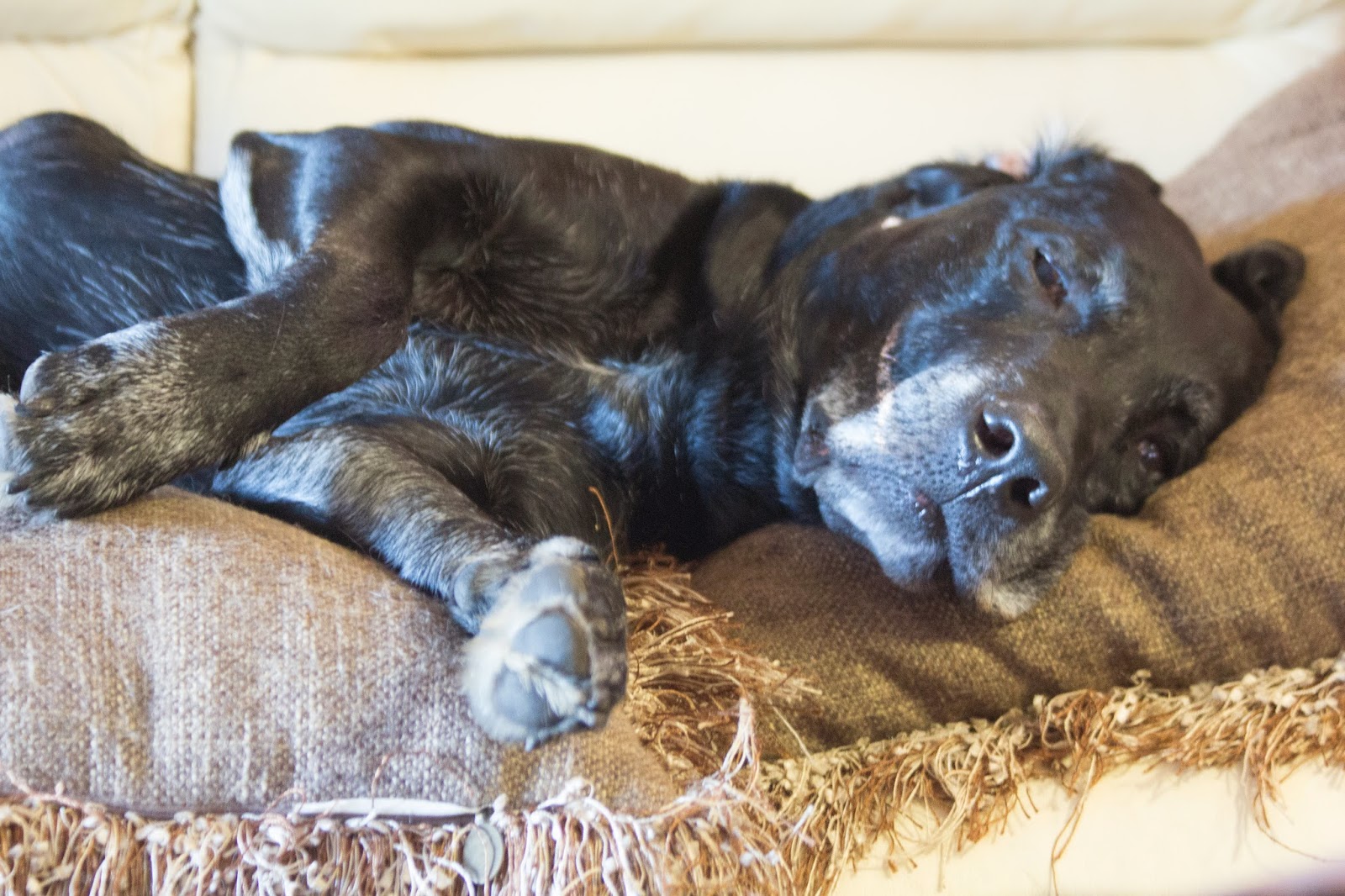 Our oldest "baby" right now. Sammy. Not to loving to other dogs. They scare him. We keep him safe. He's my bud. Sleeps at my feet at night and loves being with us on our adventure. One time he was amazing at agility but couldn't stand being away from me and howled as I walked the course. Oh well. He teaches me patience, and eating the ice cream in the bowl first before he gets it!!!
That's my boy!!!!

Have a great night..
Warmly,
Sheila
Posted by Sheila Wedegis at 6:52 PM