The Fun Part Of The Adventure 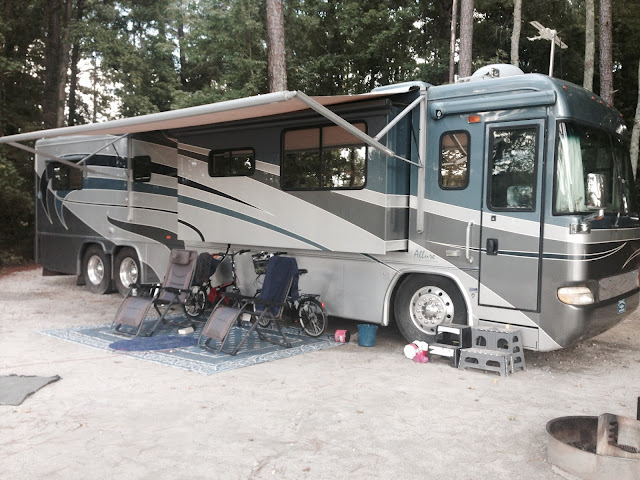 Ci Ci Blue. We arrived mid day to Big Hart Campground in Thomson, Georgia. Got her in her spot then figured we would worry later how to get her out. It was stated that a 45 foot rig could fit in this site. We are 40' and it was a tight squeeze..but we got her in. Chairs out and we were ready!!! 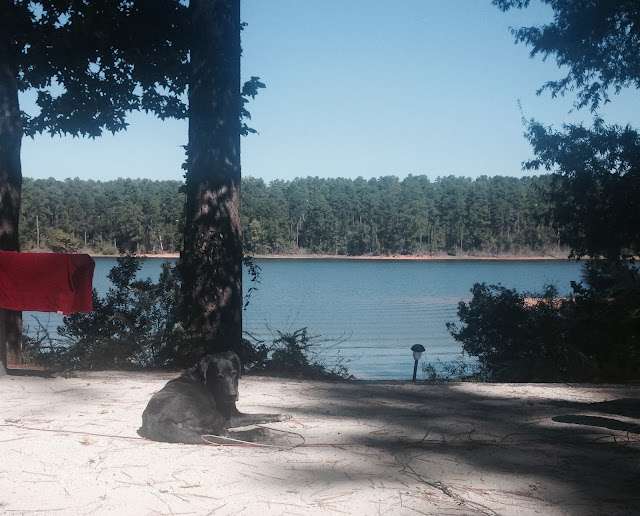 And this was our view. Big Hart Campground is one a few campsites on Strom Thurman Lake. It's an Army Corps of Engineers Campground which allows you to stay for 14 days. It's inexpensive, but with our "senior"  National Park discount it's half price. The site itself is probably over 50' with woods the same width in between sites. Quiet and serene. We put fold up chairs down by the water and sat there to watch the sunset and drink our wine. 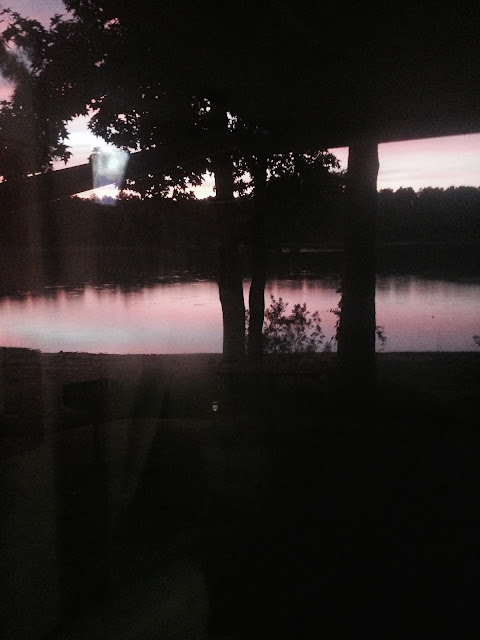 A photo from inside the coach. So beautiful. 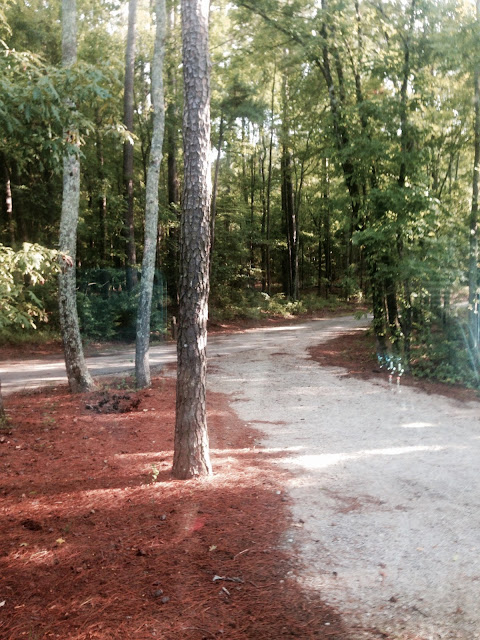 The road behind our site. 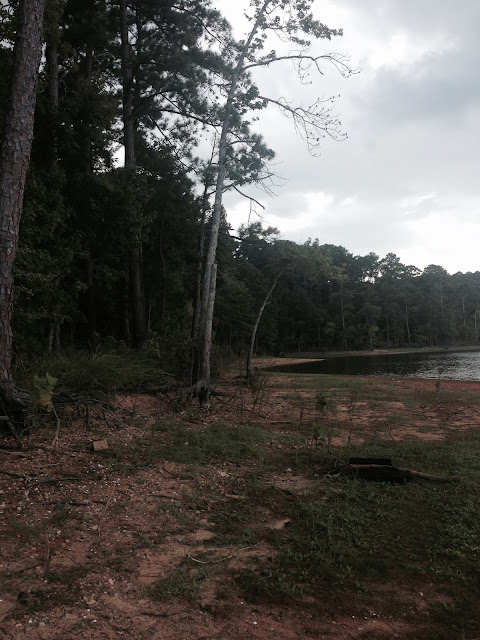 Looking down the side of the "beach". The first week the lake was higher. Remember I bought the 3, 50' leads for the kids? Well, I got those out and the kids ran into the lake with such glee. Ozzie had a blast with Lola but Sammy went in once then came back and sat in the folding chair. I turned around again and Sammy had his big squished volley ball in his mouth and was heading back up the hill to go home. The reason?? Same one that I felt. The Georgia lake is muck red clay. Shoe sucking off muck. The second week the lake was lower and even Ozzie wasn't interested and poor Lola needed a complete wash after each swim. She was a brown and white and red clay dog!

Roger read non stop. The vacation was much needed for all of us. I even got to read a whole book too.

I also attempted plein air. Tomorrow I will show you the first to the final and the in between of my week. I went from totally discouraged to starting to get into the rhythm. I finally believe there's hope!!!

There was no internet where we were but we found if we rode our bikes to the top of a clearing we could get mail. We did buy a signal booster before we left but not a high end one. I could do some texting from the coach but not much else. When we do more traveling we will get a better one.

As we were entering the park our check engine light came on with a quick red, shut down engine beep, but that shut right off again. Texted our son asking what he thought and he finally said what we needed was a computerized program to let us know. DUH...we have a Silverleaf! Off to find the Silverleaf Bible, very small, it it told us what to do. It kept reading ECM fault, low volt. Then another just a code and it said "active". So for two weeks we really didn't worry and all was just fine.

My favorite thing, well one of two favorite things. One was having the window open at night while we slept, it was chilly, and you heard animal sounds all night. I will say the one night I heard steps in the crunchy leaves it was a little unnerving but all was well.  The other favorite thing was I found my daily creativity urge again. Drawing, pens, watercolors, oils...it was wonderful.

We arrived back at the RV park this afternoon. The dogs loved the dog park ,we got our favorite site back and we took a nap!

Tomorrow you will hear about our extended vacation with truck stops, mechanics and Wendy's Chicken Assiago Club Sandwhich. Oh yes!!!!

Have a great night, glad to be back in the internet world once again!!