We rolled out of Crystal Lake RV Park this past Saturday one day later than planned due to a crazy storm coming across. Onto 95 North for a 3 1/2 drive which ended up being about 4 1/2, 5 hour drive.  Easter weekend and everyone was out driving. Jacksonville, Florida was a sheer nightmare with multiple accidents and just insane traffic.

The first art show I've participated in in years. Wasn't sure if the long flowy thing looked like a robe but it covered those "sins". 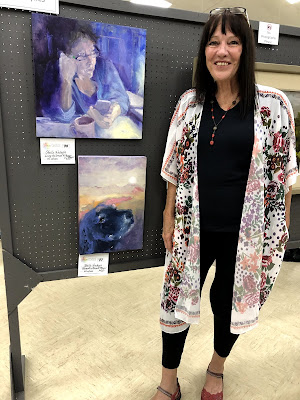 The work in the show was amazing and I never thought I'd get a prize of any sort.

The names were called starting from Honorable Mention towards Second place and I clapped excitedly for the winners. When the First Place winner in Oils and Acrylics was announced  I wasn't sure I heard the name correctly.  My artists friends were there, Roger and my son Jamie and wife Pam had just arrived.  Jamie was texting my daughter, who was texting me..I was teary.. and understood the Universe was sending me on my new journey in art. 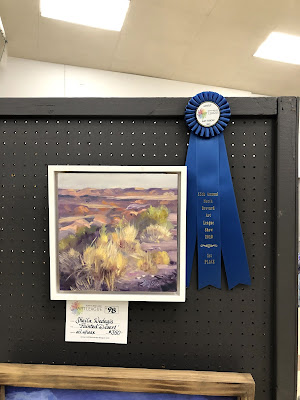 Still in shock, my name was called once again for a special award.  And yes, Roger heard the story over and over for days. Ok, a week and a half!!! 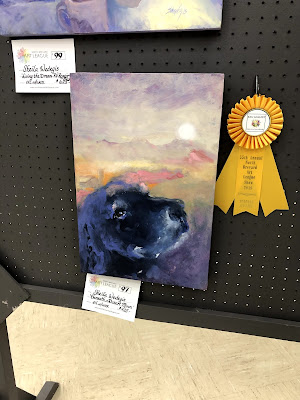 Back to reality! A friend emailed and asked if I could do a quick portrait for her daughters birthday. The fur became a challenge being so many variations of brown.  My friend sent me a video of her 11 year old daughter opening the gift and it was better than any monetary payment I could receive. She actually hugged the painting!! 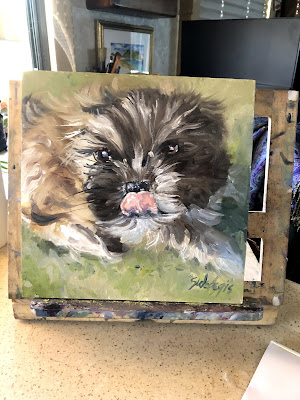 Ok, back to travels! Well, almost. Our toilet died. It's an electric toilet and for the past month "we" had to ratchet it open and closed to flush.  Friends had one stored after switching theirs out for a pedal flush so sold the electric model to us. Voila'!! And just how many people do you know that show you photos of their hopper!! 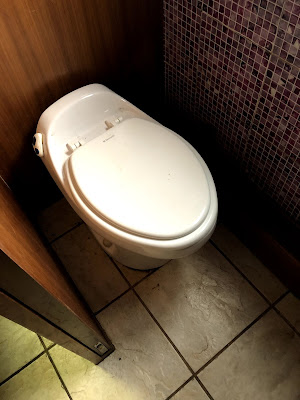 One of the casualties of having dogs is one of them has long fingernails. (Note to self, buy clipper)
Ozzie loves to sit and lay up on the front dashboard and in his crazed oh my god there's dogs and people walking by moments, he has torn the plastic. I bought a cheap rug and cut it, as you see, first on the wrong side, to fit somewhat. Velcroed it down and again, voila'. Yes, he also broke our vent cover which I found a replacement on ebay. 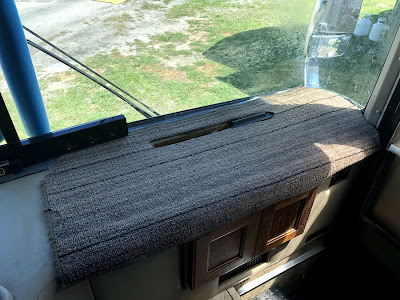 Traveling positions. Lola by me.  She only gets up if we slow down or stop. God forbid she misses a chance to speak!! 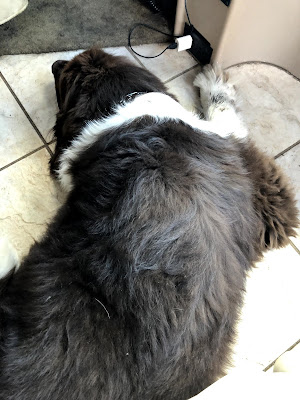 Then our boys. Ozzie to the left and Sammy sound asleep on Lola's bed. Brought out for travel.
Sammy, almost 14, always surprises us. He can be slow and "old" but when we start to travel he becomes pretty quick and young again. He just loves traveling!! 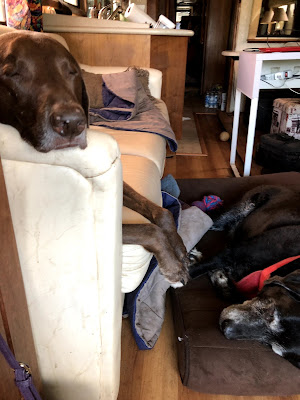 We made it. I unhooked the car at the entrance then Roger followed the greeter to our site and she aided him in backing into the site. It's just off the road but our door faces the lake so we don't see anyone. Oh you know I'm loving this!! 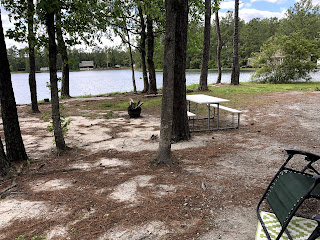 We sat outside last night with a glass of wine to watch the sunset. I'm taking reference photos!!! 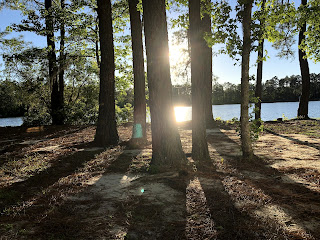 CiCiBlue in all her glory. 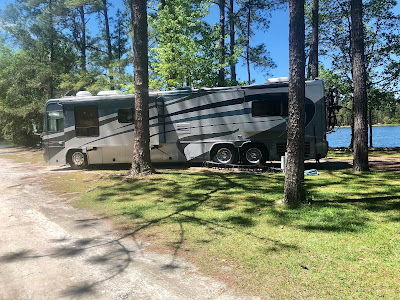 Just a few more from this mornings coffee hour. They call them "Snake Birds". Anhenga. 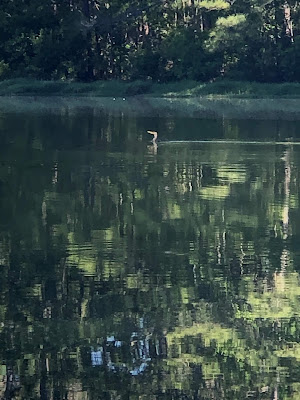 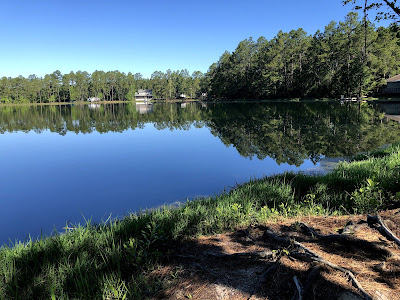 Roger placed our rockers out by the water. 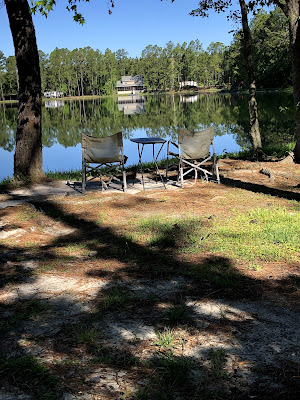 In spite of her missing awnings, her scratches, (Beware of flying debris when the lawn guy comes around) her little bulge from water damage, CiCiBlue still looks regal.  I'm making new front  curtains for her this week. and I tell her when I sell more artwork we'll get her a new couch and comfy chairs for Me! People like trading in and up to newer models. Our thought? We have actually put our life savings into getting her running along with friends help, Bless you, and there's no way we'd part with her. (There's a reason people part and trade up ).  CiCi is strong and true and this year learned the correct way to reseal seams so that's on my summer to-do list. 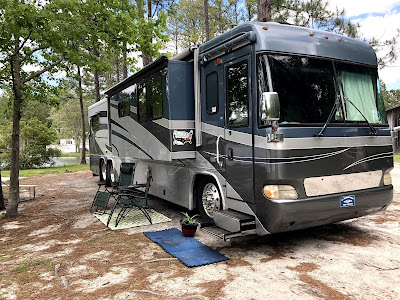 Ok, a small headache from high pollen count today so I'll close and write more another day. There's an art class here in the park tomorrow. I just may find out more and join up.

Thanks for following along on our journey. Hope you are enjoying yours too.