Today I met with the woman who runs the estate sales. The shoveling on my part hasn't been finished but she wanted to see everything. I made a list of items that I could think of for her and let her wander through the maze.

She asked if we still lived there and I said basically no, that we lived in our RV and commuted down everyday to shovel. So she said what they did is take a key and get their cleaning crew in to make it look beautiful and to rummage through everything so find items to sell.  She told me, since we are giving the bank back their house, they will sell anything that is in the house.  I had a sense of relief, a sense of separation from everything I have known there and a sense that a cold was coming on since my sinuses were hurting.  A lot of emotion.

Giving the house to the bank. A way of life here in Florida. In 1999 we purchased our home for 96K. During the next 4 years it went up to be worth 250K. And we refinanced getting money to do work around the house and to pay some bills. The economy was growing and life was good.  HA!  2004 the first hurricane came over us from the west while I was in New Hampshire. I had just purchased my van and it was parked in Orlando right in Charlies path. We survived.  Soon after another hurricane came. We were at an art show and when we returned home the electricity was out and the fences were down.  Just when we were getting back to normal, Jim Cantore from the weather channel was standing in Palm Bay. That was trouble. The hurricane was coming and it was  to be a large one. Evacuation to Georgia. Usually a 3 hour ride to the Georgia border took 10 hours. We came home to no electricity the fences down and the shed blown apart. Two weeks later, another hurricane.  Prices of homes fell, insurances were cancelled. Very few have been able to recover in our area.  They call it "being underwater".  Why don't we stay in our home? With Roger retiring it would still be impossible. It's amazing how they tell you, the mortgage company's that they will help you. Ha!!

So I'm a day late, ya I know and a dollar short. The kids and I went down early so I could get some artwork out of storage and into the sale. She thinks it will sell. Then I spent most of the day in the garage in 95 degree weather looking for two photo albums. UGH...they didn't walk out! I'll look again tomorrow while sorting.

Took a nap then piled the kids in the car to come home to peace and quiet with Roger at CiCi Blue.


The fun part is going down to the dog park. 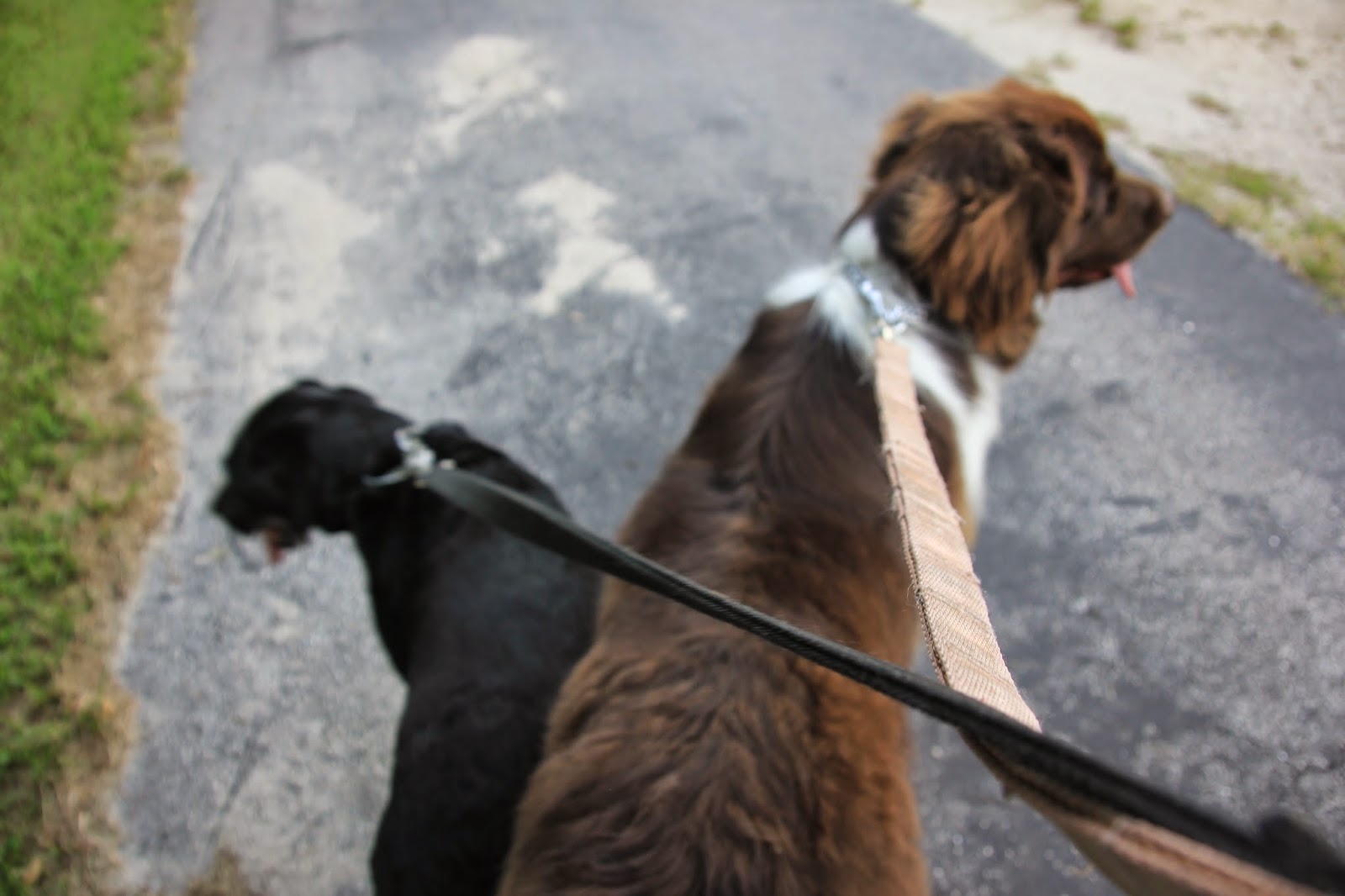 My guys!! Sammy got a new "big boy" prong collar for walk training. He's naked in the house as is Lola. 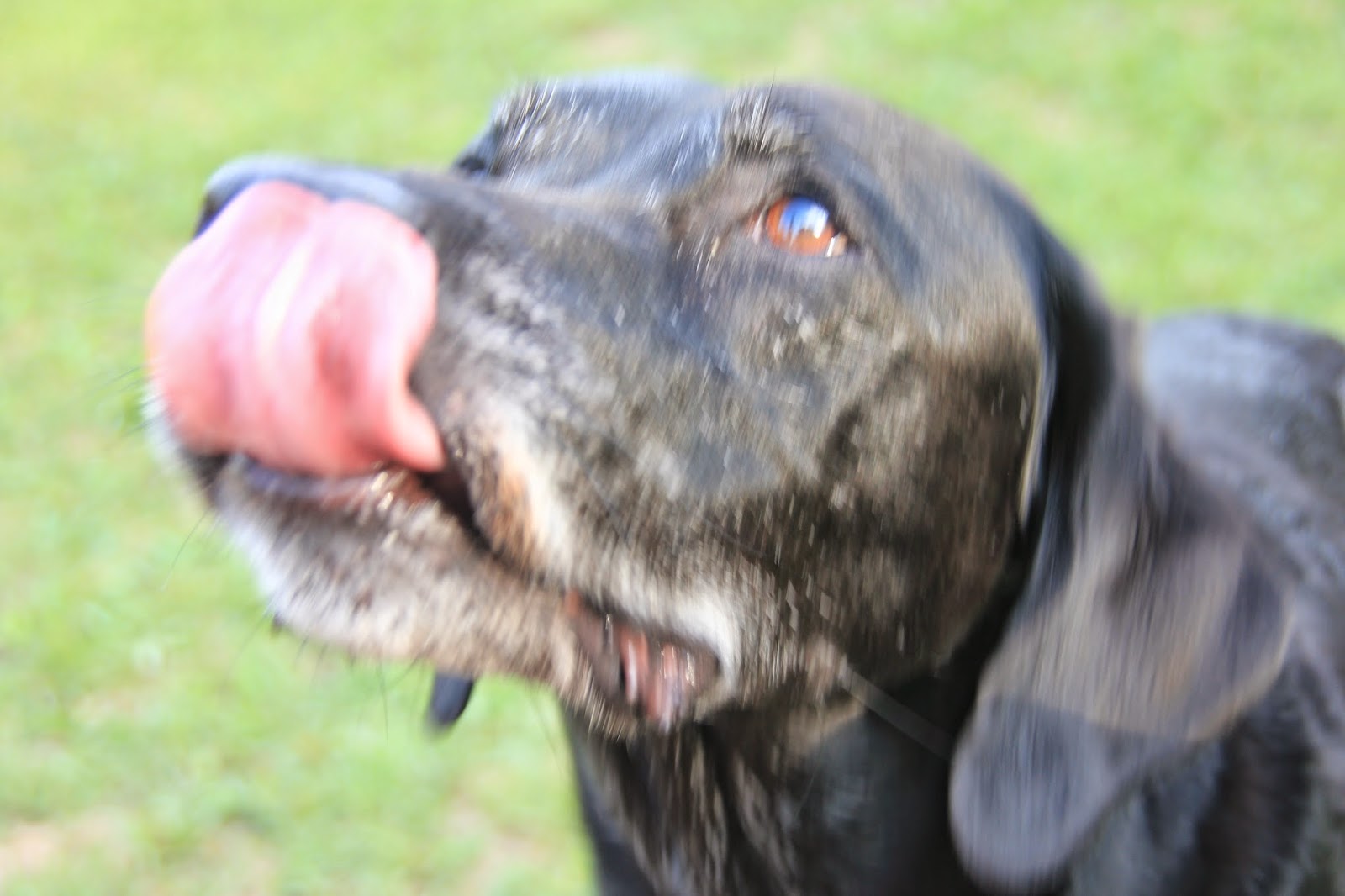 I was holding the tennis ball. Usually Ozzie has it. Since Sammy has aged, shhh, he's not as fast as he used to be.

The internet has been spotty here the last few days so I'm lucky to get this posted. Tomorrow I'll give you a run down on the RV park here.

Off to bed to watch some tv then sleep. Have a great night!!

Posted by Sheila Wedegis at 9:15 PM