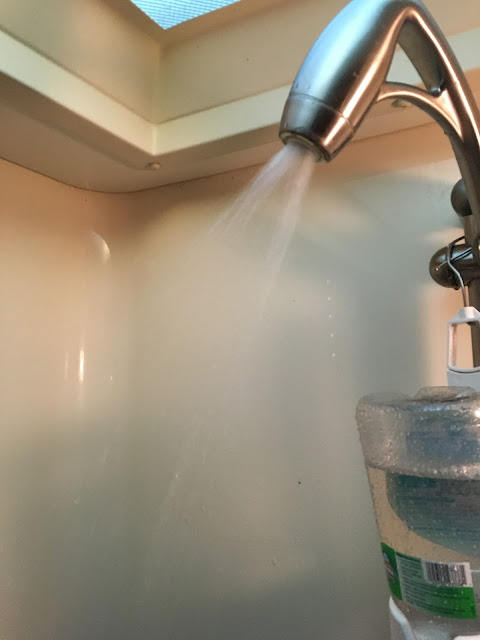 Since we have returned from vacation we have been trimming bushes and doing all kinds of work around the park. In the bathrooms there were two shower stalls that had major leaks. Today the plumbers came to knock out cement blocks to access the valves. They replaced those and were to put covers over the holes for easy availability if it's ever needed. (I dread going in the bathroom tomorrow. The last I saw it was a disaster and I'm the person who cleans the bathrooms.)

The water in the park was shut off from 9:00 A.M. til about 3:00 P.M. this afternoon and when it came on our water flow, in CiCi Blue, was just a trickle. On no. Roger had changed the house filter not too long ago and the outside water filter just before we left for Georgia.  Between the house filter and the outside filter, attached to our house, we have great water at all times.  It was just barely coming out the water. Could dirt and debris come through the line and plug it? Roger went out and took off the filter. I could see him doing his "hmm" face.  He came in and went back out with a new filter. (always good to buy more than one at a time.)

I asked his if debris had plugged up the filter that was on and he replied, "It was red Georgia clay!" Holy cow. I know while camping it was everywhere. On our shoes, our clothes, our dogs and on our bodies.

A shower photo?? When we get a new filter on the water line it's a race to take the first shower and I got it!! The pressure is perfect and the spray beats down on your back. "Ahhhhhhhhhhhh" Heaven!! Clean and happy, what more could one ask for.!!! 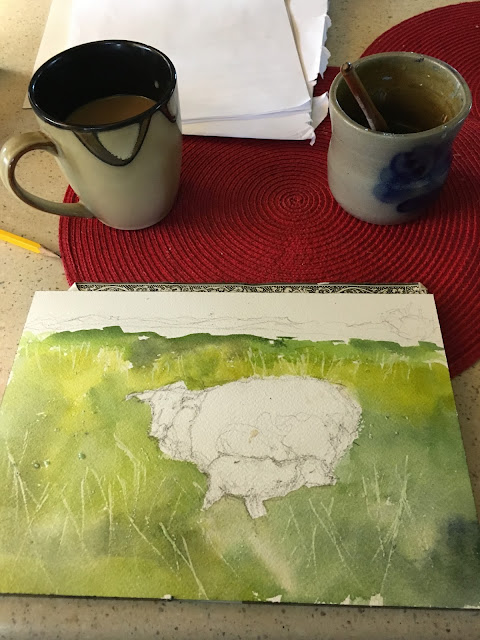 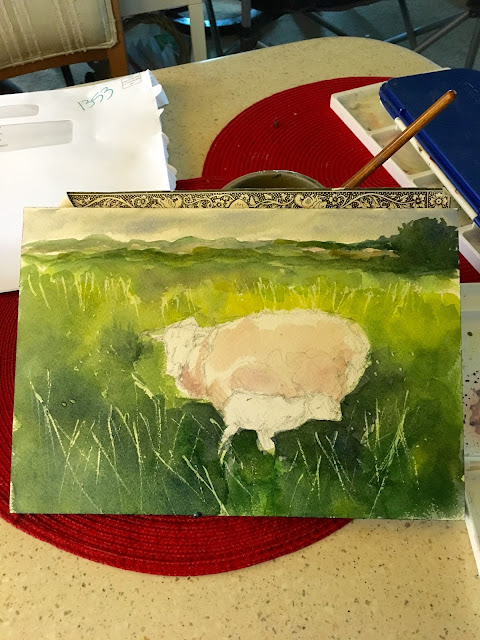 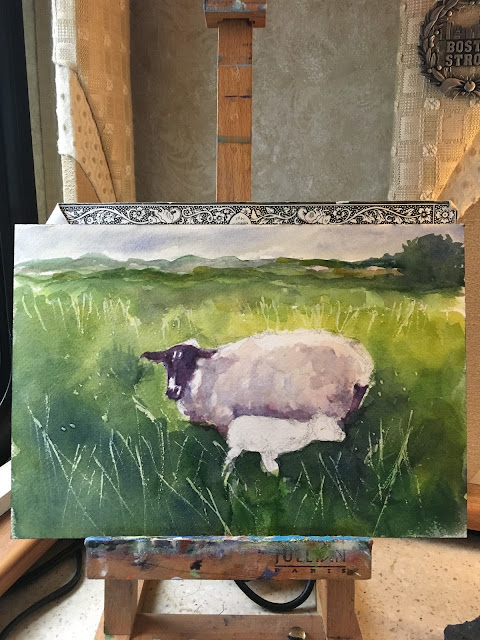 When we lived in a sticks and bricks, and also having an art studio, I worked every day. I swore I would get back into that and build up a new inventory for my store on Etsy.  (Not opened as yet) So yesterday I drew and painted the beginnings of the sheep. A friend in Scotland took the photo and has given me permission to use it. When it's finished I'll tell you the story behind her. (The sheep) Dianne is taking a photo for me of the sheeps older brother. Loppy Lugs.  I so know you want to hear the whole story!! ;-) 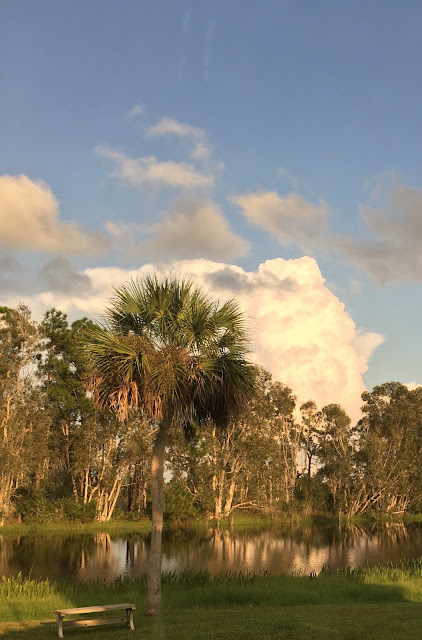 I took this out our front slide window. Just a beautiful cloud and such a peaceful sight.

Have a great evening and we will chat again soon!

Posted by Sheila Wedegis at 6:39 PM