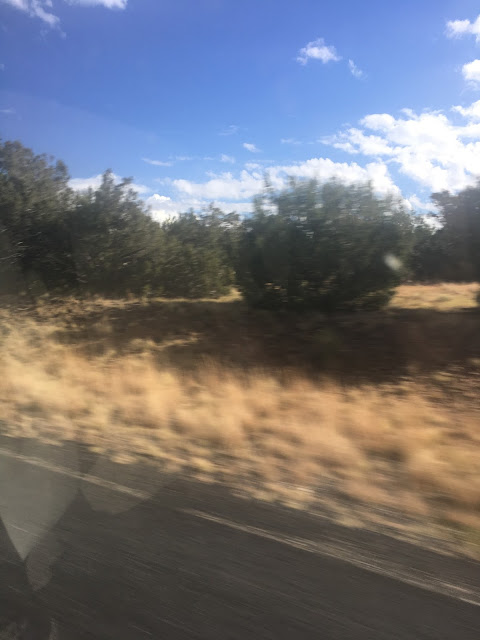 The road towards the Canyon

It takes about 45 minutes to an hour to reach the entrance to the National Park. About 40 years ago I was there with my children and it was so different. There was no Village, no RV parks, no McDonald's. There were no buses to take you from point A to point whatever, you just drove along and stopped. There were no guard rails. It was you and the Canyon. And at the time we were there, around sunset, there were no people.  Over the years the number of deaths at the Grand Canyon has risen. Sudden falls, cardiac arrest and sadly, suicide. So for safety sake they have added railings around areas, stone walls and outlook points that have railings and rocks to stand on. 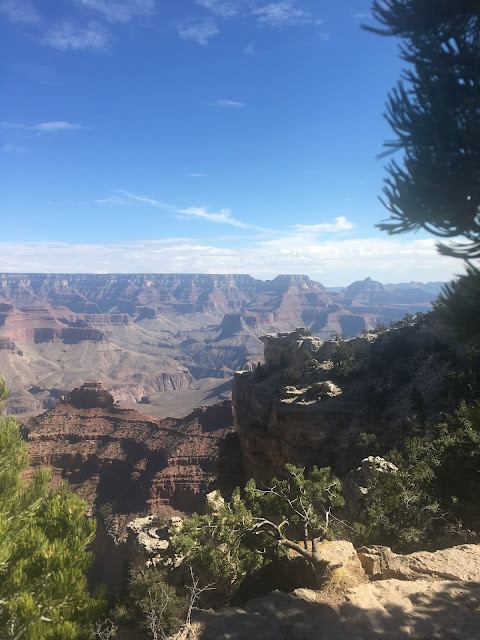 As you know, I love large expansive places with no one else. Lola and I in the field during the summer was heaven, and I fell in love with the Highlands in Scotland. So how did I do at the Grand Canyon with 100's of visitors? I just blocked them out. The canyon and I were then one! I took a lot of photos with my Canon Rebel for reference photos, so many!! There were so many dramatic areas that I saw even though the sun was getting to be high. 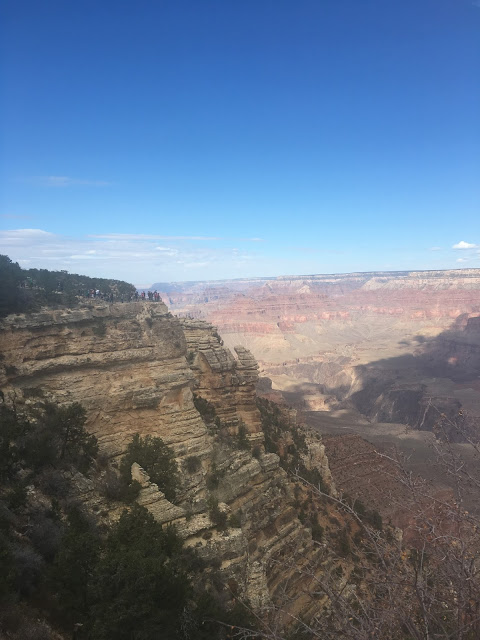 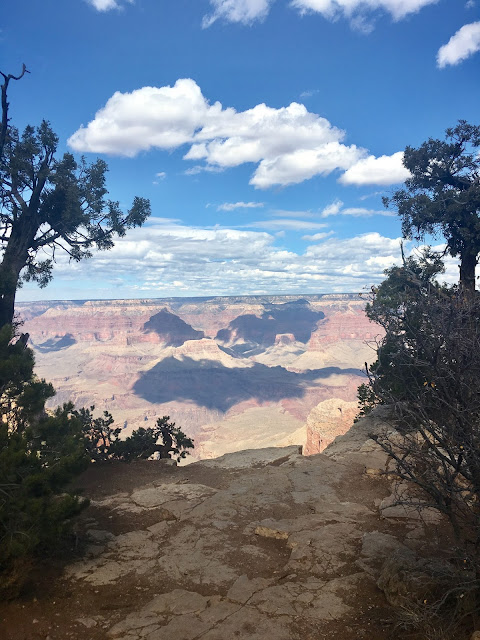 I saw one young man sitting on a rock above the crowds at Mather's Rock. Oblivious to the crowds and meditating with crossed legs and thumb and forefinger connected. He got it! He was able to close out the chatter and connect with the energy that comes for the canyon. From the Anasazi, that was thought to have once lived there, to the early explorers and centuries of living things. Yes, I am still moved. 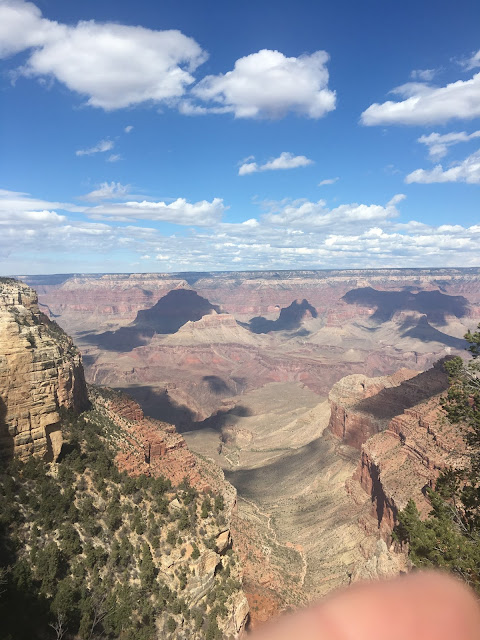 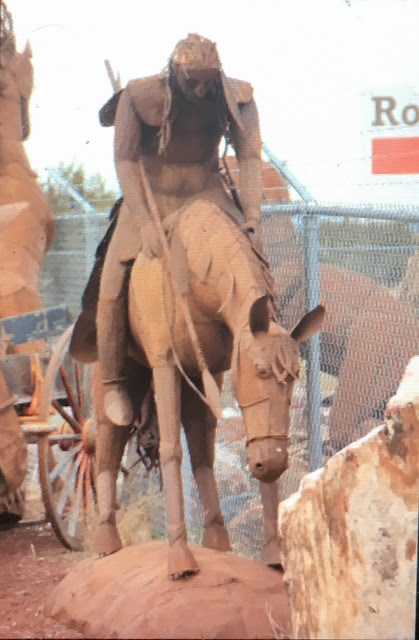 On the way back to the RV park we stopped at this place called Rocks and More. I think it's also a gas station but all these metal statues are everywhere. Cowboys and Indians, horses, stage wagons and more teams of horses. All in disrepair but one can see how much love was put into these creations. This one was calling to me more than the others. I guess crossing the plains on our way across the country and seeing how vast it is, I kept thinking why wasn't there room for all the people?

After viewing we then went to the Imax show about the Grand Canyon in the Village. Fantastic show that lasts about 45 minutes . As you leave the theater you walk through the gift store and into a Chinese food, Sandwich selection, Pizza Hut, beer and wine offerings before you get to the door. These were all in one line. Haha. Yes, we had pizza and a beer.

It has changed but it has been improved to serve the thousands of people from all over the world that come daily to see the Grand Canyon. (I think they were all there today...hahaha)

The Grand Canyon..definitely a wonder to be seen!

Tomorrow there is talk about going to the wild animal park. I may opt out and paint. Wind will be up to 28 MPH so we are staying in the park until Saturday then rolling to Kingman, Az.  Not sure yet how long we will stay there but I'll let you know. There is a restaurant in Seligman that is said to have the very best Cheeseburgers and milkshakes. On the to do list for sure.

Have a great night and see you tomorrow!!

P.S. the kids took really great care of the house while we were gone.!!

Posted by Sheila Wedegis at 7:02 PM