Roger asked me what I wanted for my 69th birthday. Hmm...The Ancestry.com DNA test. I was adopted at 6 weeks old and grew up totally Irish. I heard "The map of Ireland on her face" many times so, sure, that's it. In my 40's I found my bio family. The adoption paperwork said "Portuguese/Irish" . Plot thickens! 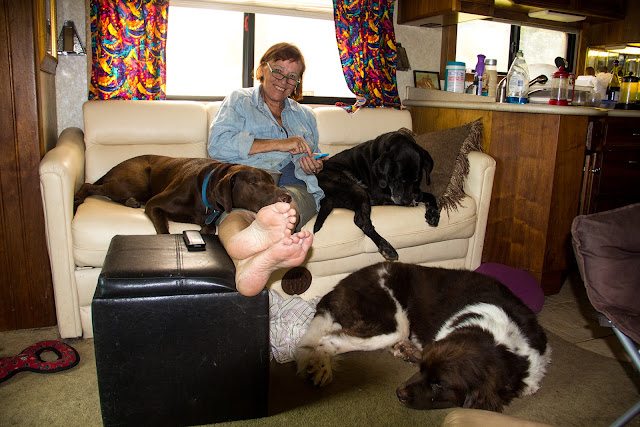 The whole story would be a novel but I'll give you the really short story. I've always been interested in what traits were passed down from my ancestors. Epigenetics. What had they seen, where were they living? I've had events happen that struck me as "familiar" but yet strange, so I was really interested. When the Gulf war started, Roger and I were standing on Rye Beach, New Hampshire watching squardrons of planes going over heading over seas. My reaction? I was waving with tears coming down. I have also had this happen at air shows when the war planes took off.

The next event was when we went to Scotland to visit a woman I met on Facebook who started Labrador Retriever Rescue Scotland. We became instant friends, her birthday being the same day as mine and then her Heart dog, D'Arcy went to the Bridge about 5 hours before my sweet Heart Dog, Sophie. We roamed the Highlands and I knew I had been there before. I sobbed when we had to leave.

Primarily located in: Ireland, Wales, Scotland 28%
I have found 4-5th generation cousins that have the Azores connection from where my maternal grandparents are from and there is a 5-6th generation cousin with Africa as her primary ethnic location.
We are all so connected.  Too bad all peoples can't realize this.
So now to go into records and files and see how I am related to my 44 "cousins" that I am linked to right now. It just means not everyone is on Ancestry.com. I'm excited and overwhelmed. The ancestors who were there first were the Normans and the Vikings, so good chance I may break out in song, drink heavily and go plunder and pillage very soon!! Instead of a heavy draft horse I have a 40' RV.  (Virginia, we need to get those viking helmets...)
Have a great day all. I'll be painting today so no plundering til later!!!
Warmly,
Sheila