September, and we haven't gone anywhere.  The rv repair men have been up a few times to work on our steps. We raised the coach and under they went. Then they had to drill a hole in our entry to put a button so that when the door opened the stairs open, closed, they would return back. Good plan until the repair guy broke the button and needs to reorder it. 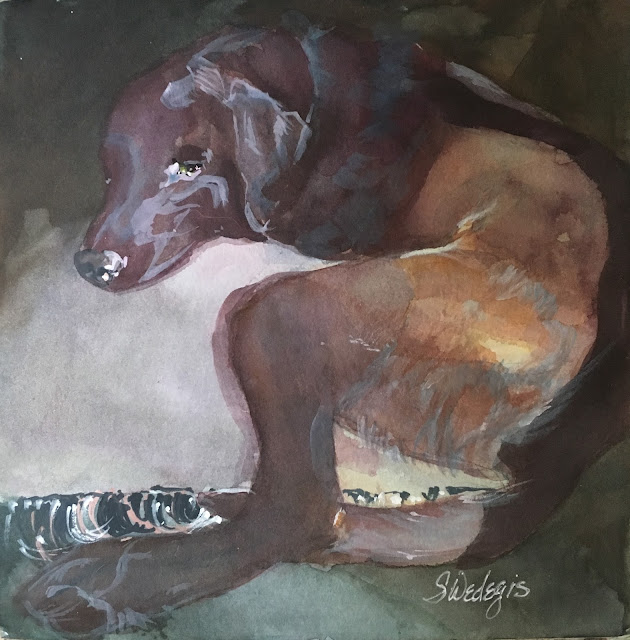 Thankfully I have a talent to keep me busy rather than thinking about what isn't.  You can go HERE  to see it on my Daily Paintworks web site.  8" x 8" watercolor and gouache highlights.

Back to the repairs. We had THE storm come in. Thankfully we were out of the main area of Hermine but we did get the storm bands. Wind and rain. We have the bent rod on the awning on the drivers side but also have one on our big awning on the passenger side.  Our insurance guy came out early to take photos and now we are waiting on the results so those can be ordered and replaced. Oh, and did I mention our front a/c died. ? It went off and we did get it started by spinning the wheel inside but after about 1 minute it shut off. The repair guys came and put in a new capacitor but alas, that kept blowing the fuse. After testing the compressor and seeing it was pulling 20 amps the decision was that it was in fact dying and we need a new a/c.   The workers were thankful we are patient but said when ever we do go on our journey we'll be in good shape.  The way we look at it is that the storms have been so insane out there this summer we were probably meant to stay put. 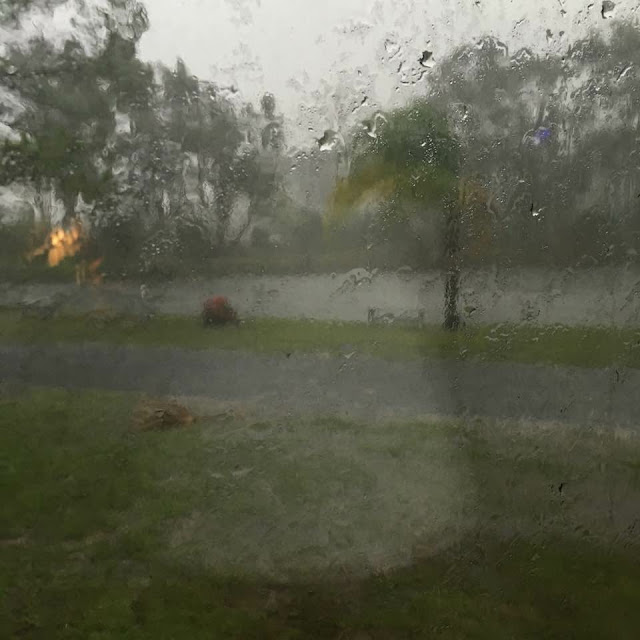 This was in the middle of super high winds and rain. No leaks, a little sway every so often but we were safe and sound.