Where Have I Been?

Finding my other roots. I grew up in Boston but spent my early adulthood in New Hampshire. My daughter and son grew up there and my daughter and her children are still there. (here) 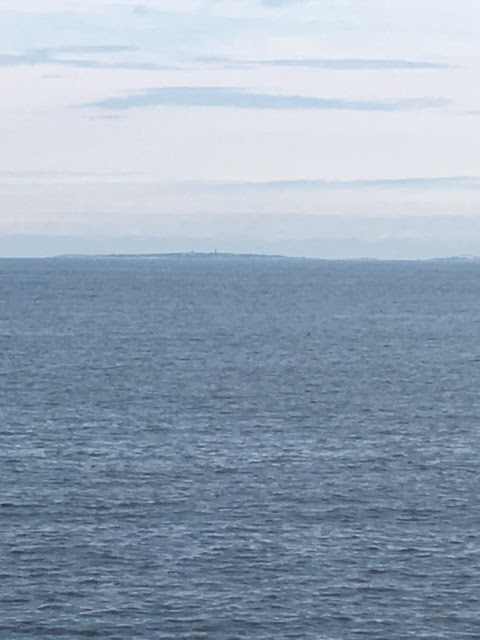 One day I'll do a tour of Dover and Portsmouth and do the show and tell of where we lived but today these are pics at the ocean between Rye and Hampton.  A perfect day, so clear, you can see all the way to the Isle of Shoals. I could even take a photo with my iphone. 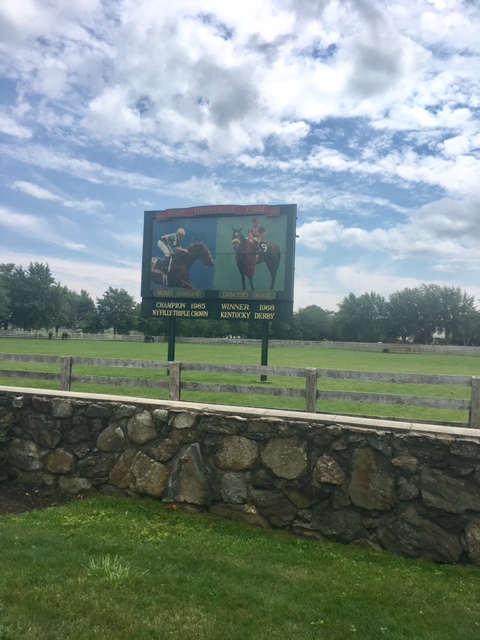 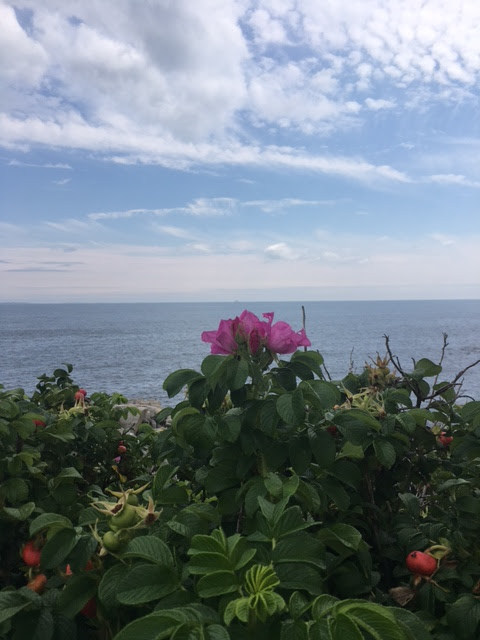 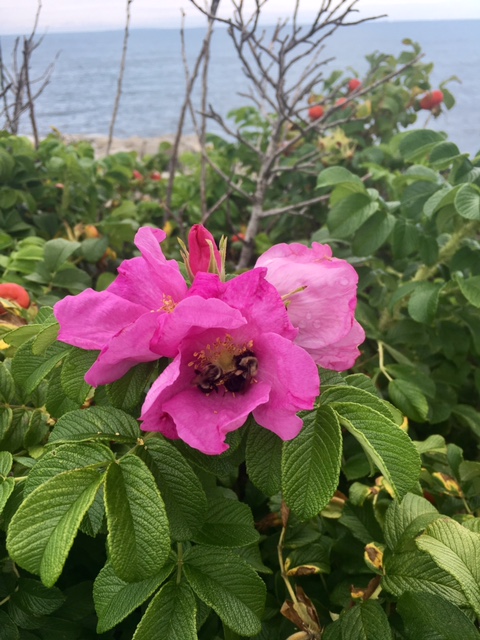 We stopped along the way to "smell" the ocean.  Sounds crazy but there really is a different scent to the northern ocean as compared to the Florida ocean. Probably due to the rocks, seaweed and shallow pools of water along the coast. It definitely smelled like home. 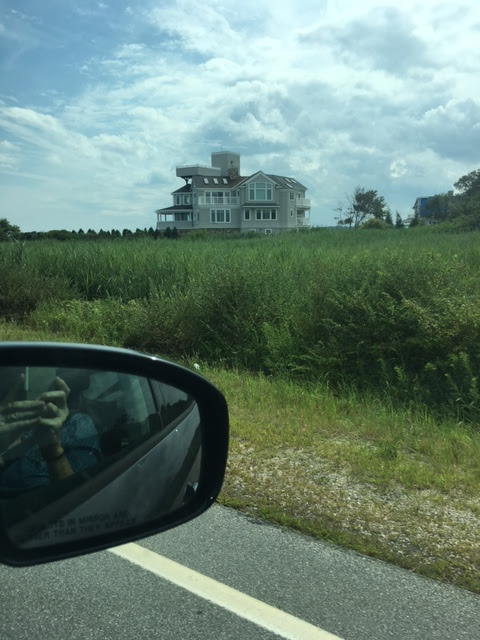 Interesting house, Sheila. Well, it is. Crazy bit of info, Farrah Fawcett once spent time at this house and was spotted nude sunbathing on the top porch. Poor woman had no peace.

We drove around for a bit then, of course, stopped for ice cream.  Doesn't everyone? The rest of the week became a bit crazed. My goal was to get more work finished but Lola had other plans for me. The following morning I took her out for her walk and she squatted, and went, but then squatted 7 more times, not producing any urine. As soon as we got back to the coach I called the local vet and got an appointment right away for her. We were away from our favorite vet so I was nervous. The vet here was really kind and gentle to her, (I thought he was just out of high school he looked so young, or I'm getting that old. 😔) He took a clean sample of urine and the next morning I received the paper work. I had no idea what it meant so I started Googling everything and did see she had an elevated white blood count. The vet called and said to keep an eye on her but two days later, the squatting started again. Google won, (I research everything)  so I called back and asked for a prescription for an antibiotic. Having 2 dogs that went through cancer, our Sammy eating a corn cob and having emergency surgery and, oh yes, two children, one gets to realize that Lola needs meds. We are on our second day and she's doing great and I even remembered that if I stick the pill into a glob of peanut butter she gollops it right down.

Today I started a new watercolor. My sister and her husband are on their way here for a visit so I'm not getting into anything too much. Tomorrow back on schedule! 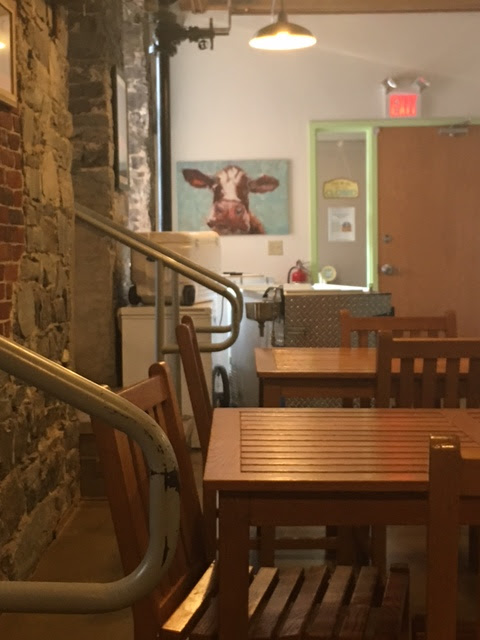 So, yesterday, (yes, Lola had me worried) Roger and I discovered yet another fun ice cream place. The Bloomin Cow in Newmarket. Fresh made ice cream right there in the old mill. I love mills. When I lived in Dover I had a remodeled apartment in the old Sawyers Mill. It was on the river side right by the falls and in the Spring the water rushed so strong down between the buildings, the whole place shook. A friend had a basement apartment and the water was so furious it came up over his window and flooded his place.

There was an exit bridge way on the bottom floor that you could take to get to the corner store. It was always cold going through that area. There were many people who said it was haunted and I swear I could feel a presence as I ran through. It was inside but I don't think I ever just strolled through that passageway. 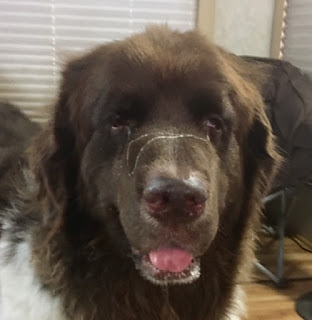 And here she is!! Lola Bear!! Feeling so much better!!

Have a great night all and see you tomorrow. (lobster, (lobstah) tonight!! Ohhhh fun!!)

Posted by Sheila Wedegis at 2:08 PM