It's Just One Of Those Days...

Got up this morning to sun and a beautiful breeze outside. Roger made coffee, I fed the kids then through in some laundry then went outside to have my coffee. Just as I sat down, Larry our neighbor, came over to see Lola and brush her. For the next few hours we chatted about music, wines and how we all grew up. He said he collected wine and would bring us some. 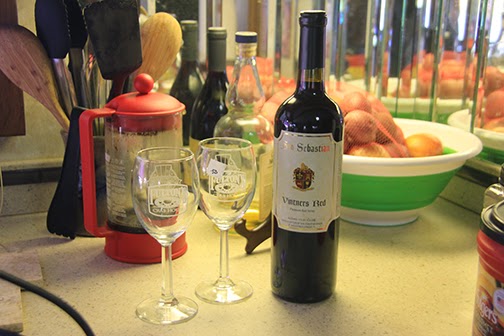 Larry came back!! Even brought wine glasses he collects. He doesn't drink so he asked us to let him know how it was. He mentioned he loves steak so we plan on doing some steaks one night on the barbie and have him over.

After Larry went back to his trailer we went inside for something to eat. After I planned on painting.
Where, oh where did I put my other plein air boxes? That took quite some time. Only found one. sigh. It was now close to 3 P.M. and I was loosing steam. So, instead of a no art day I grabbed my sheet of watercolor board and drew out a cat head. I had a woman on eBay ask me awhile ago if I could paint some but moving just seemd to get in the way. I dislike excuses so I'll just say I procrastinated way too long. 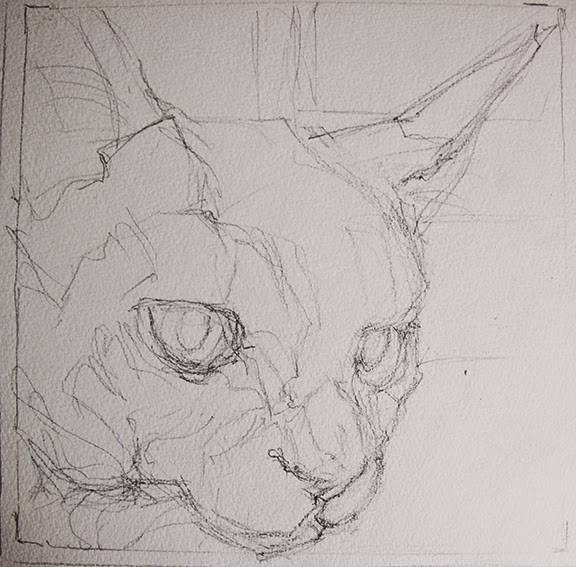 Hopefully I can fit him in tomorrow but have an eye appointment and a ....wait for it....a MASSAGE .

Took a short cruise on my bike then came in to chill. We are all just hanging watching the news and seeing when it will get cooler. It said maybe rain so we brought in the awning and tucked chaises and bikes under the slide. We're ready. 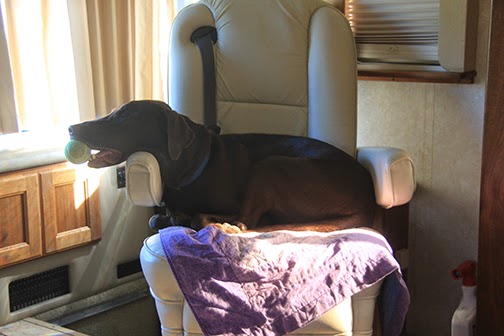 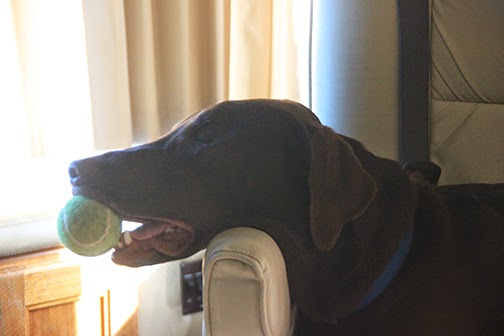 Ozzie says he had a long day!! Time to rest before dinner. This is his normal way of sleeping, ball in mouth! Such a clown!!


Ok, have a great night!! See you tomorrow!