A group of the women here at the park came to the rec center on Tuesday and we painted gourds. I have to say we laughed non stop. Each had varying degrees of painting skills and it was so much fun working with them. Of course we didn't finish that day so we did it again yesterday. Still haven't finished so we will get together again tomorrow. Today I needed to rework one of my commission paintings. 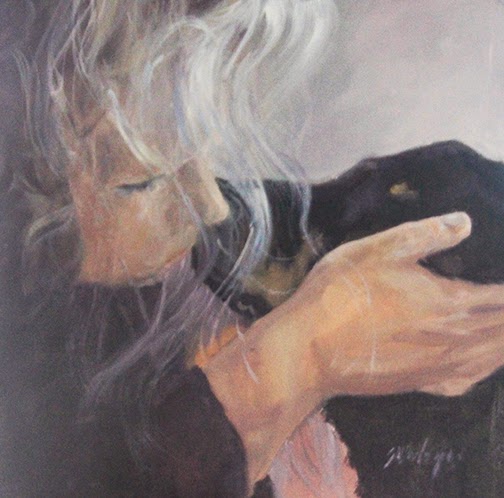 Her nose at one point was huge so I've been doing Rhinoplasty in paint. I actually was in my mirror trying to get the direction the nose would actually go in that pose. I think I may have it!

Today we got a new picnic table for our site. The older one was smaller so Roger and I went out to move it. I was already out and as he left the coach so did Sammy and Lola. Off they went running right past me and no Sammy Stop, Lola Come was heard! My worst fear has been Lola getting out and running free and there she was. The RV Park runs parallel to RT. 95 and I wanted to hurl. Sammy is pretty good about running, sniffing then coming around to me but I wasn't sure about my girl. She followed him of course and when she came around the corner I did a huge arm outstretched and a "Lola come" song. And she did. Roger was coming with their leads, not fast enough, because now I had two dogs by their neck hair. Leads attached, I stood there and shook. A literal wreck. All is good now. The kids and I walked down to the park and just got back. 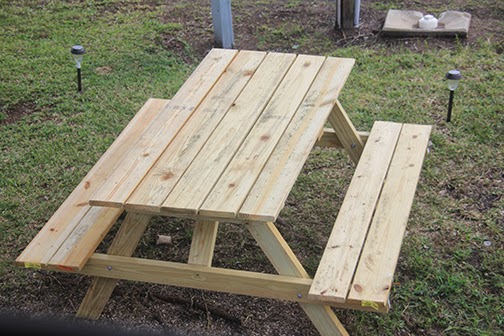 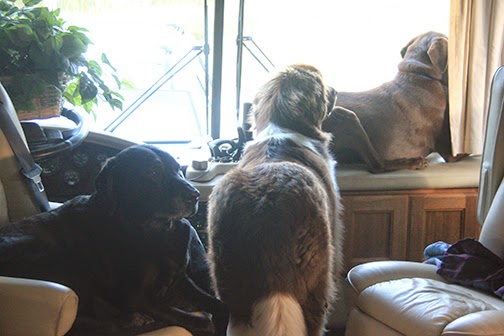 The kids waiting for Dad to come home. They look so innocent don't they!!

Our flannel sheets arrived today!! It's been chilly to say the least here at night and windy during the day. They will be so snuggly tonight!! I'll be sure and ask the kids how they like them. :-( (no way..I'm kicking them out of the bed!!! :-)

Have a great night..

Posted by Sheila Wedegis at 4:56 PM