Friday we went on a group Casino Cruise out of Port Canaveral. There were about 21 of us and by the end of the day, we were bobbing around like a cork on the seas! Thankfully we all took a tab of Dramamine the night before and that morning so we were all fine as we rocked and rolled.

Did I win? Hahaha, not a cent but had a blast anyway! 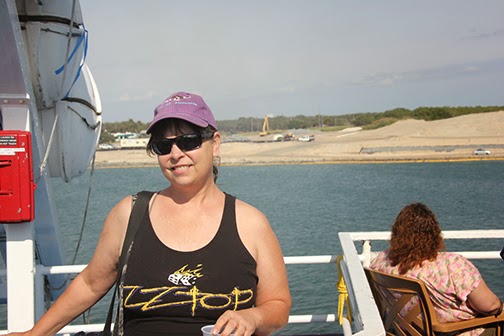 Terri Malloy. I met her on FaceBook. Terri is an artist traveling with 4 Greyhounds and goes to rescue events to spread the word on these wonderful dogs. Meeting on FB we were already friends but by the end of our cruise we had more in common then we knew. There are no coincidences. 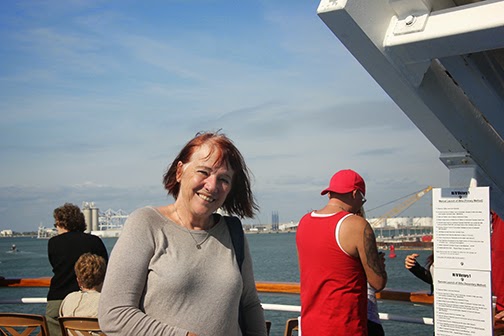 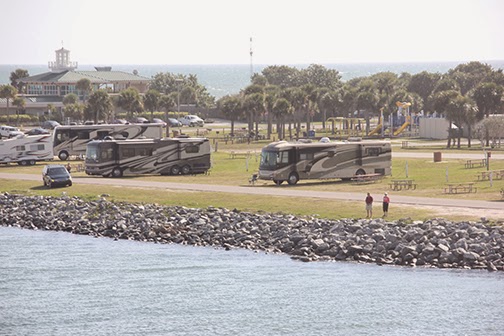 Traveling out of the Port we pass by Getty Park. I have no idea why I took pictures of rigs but there was a comic thought in there some where. 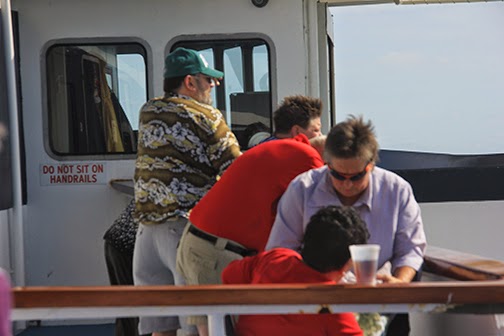 The owners and some campers. 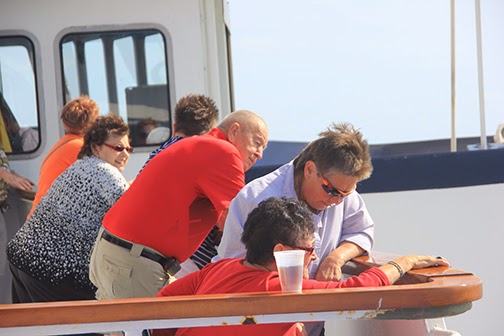 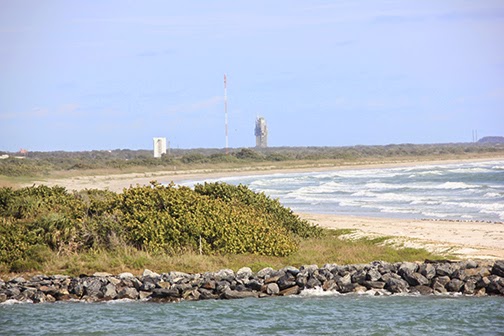 The Air Force base and rocket launch site. There is a flat building out there that Roger worked for for 15 years! 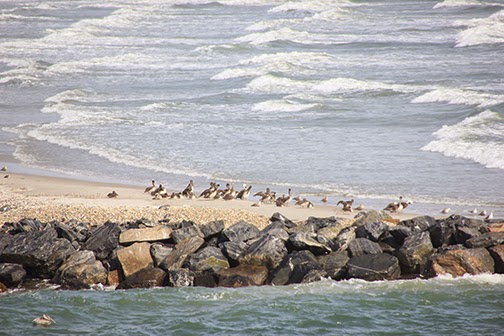 And finally, a wave Bon Voyage from the local Pelicans!

We weren't allowed to take photos inside the ship..big secrets I guess. 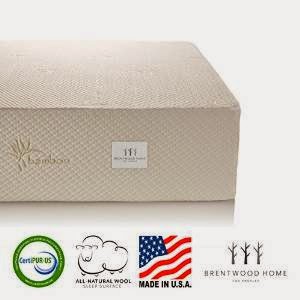 I didn't win on the Casino boat, but today we ordered a new mattress anyway. Roger is having trouble sleeping all night on our old mattress and foam pad and he is also tired of me telling him how bad my hips and back hurt after a nights "rest". At first he said, It's because of the dogs, but it's not. I'm sleeping on a board!  When we did tent camping we had a foam layer then our sleeping bags. After two days I was literally in pain from morning to night. And I was in my 50's then. Now at 67 I need a little more.  It's a 13 " Memory foam Gel mattress with a bamboo cover and oodles of layers in between. Hahaha. In 3-4 days I will give you a report but so far all the reviews have been good.

Then to close, this is the painting I was doing as a Christmas gift. 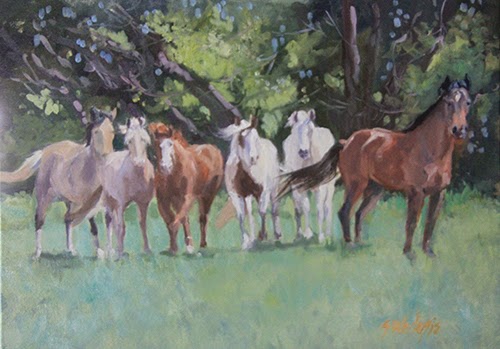 I am just about finished on the second one of this for the client. They are the combined horses of her and a friend! Loved painting this!!!

So, have a great day!

Posted by Sheila Wedegis at 2:23 PM