Happiness Is A Good Beef Bone

When my Sophie was here we could only do beef bones on special occasions  She had an allergy to beef.  But on that occasion she devoured it. It would be hidden for days then found.  Our Chocolate boy , Fergus, would dig a hole and bury one then find it years later! The look on his face was priceless!! Now, Sammy and Ozzie know exactly what to do. Lola looks at it for awhile and studies it. I give her the large one because, well, she's large. Funny though, she waited and stole Ozzie's which was smaller and now is enjoying that.  After the marrow is gone I will take them and they will be filled with peanut butter and frozen for special times! 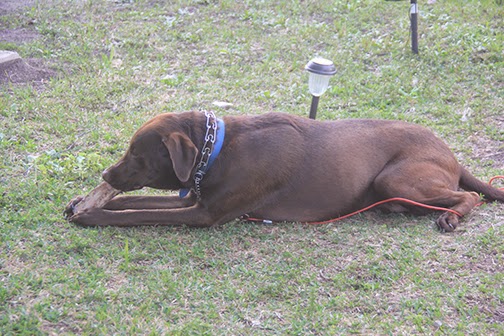 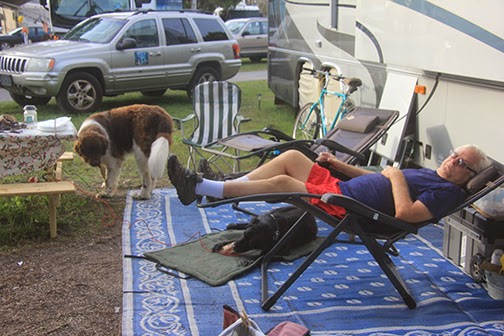 Roger enjoying some peace and quiet while Sammy and Lola have their bones!

So, yesterday we were at the park and a man close by was ranting quite loudly about losing his keys. He saw us as we were about to leave and came rushing over to apologize for his cursing and loudness.  The point was, he was rushing fast at us. I was just opening the gate and Lola saw him. The Labs just sort of brushed it off but she stepped in front of me, planted her feet and leaned forward with forceful barking. The man stopped and since he does train dogs, slowly closed the gate in front of Lola and I.

Laying in bed last night I said to Roger, "She was protecting us wasn't she" . He answered yes. I think if it came down to it the Labs would do something but from everything I have read about Newfoundlands, when they feel secure as family, they will defend us. He woof alone stopped him in his tracks,  Some Newfie owners say their dog would lick the intruder but I think they may be surprised. Since the incident I notice she follows me around the dog park as I walk . (looking for others droppings) My Girl!!! 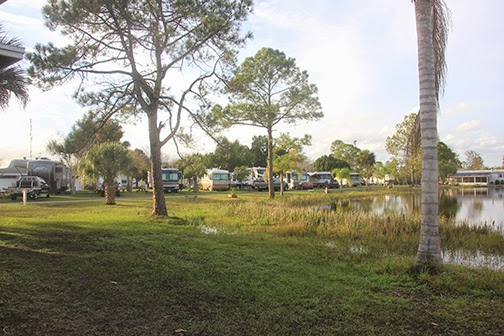 The park is full. 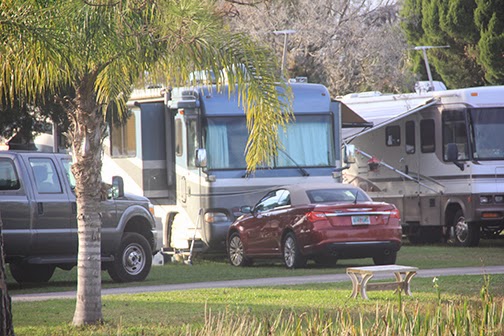 We are lucky, we have really nice neighbors.

When Roger retired, friends gave him a gift certificate for $100.00. Today we bought Comfy Chairs
Check them out. We have a lounge chair in the coach that is 10 years old and a lot of sitting in it. It does recline but it's the most uncomfortable chair in the world. The Park will be having a "yard sale" some time in January so guess what's for sale! We will bring one of the comfy chairs inside. Or two. They are a smaller version of a Papasan chair. I'm excited!

Busy week ahead. Hopefully our new Chassis battery arrives. Today there was a huge sale at Michaels so I got the supplies for my upcoming class here on the 13th and tomorrow Wendy and I will do the monthly activities chart. I still have commissions to finish, that's exciting, plus I really want to do some fun for sale paintings. Thursday it's supposed to be chilly so we plan on taking the kids to Smyrna Dunes again. 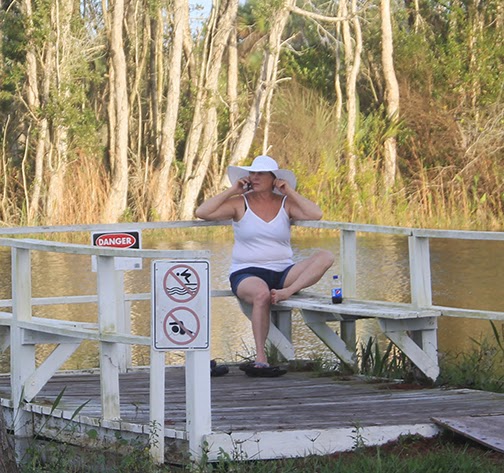 One of my friends at the park. I plan on rearranging a few things and sit her off center and get more light on her. 12" x 12" canvas. What do you think?

Seeing a lot of Rv's moving on RT 95. Heading North, heading South. I'm getting itchy feet. We have decided to keep the Jeep Grand Cherokee and use that as our toad. It needs some work, the differential in the front and just an all over going over then get the tow bar. It's paid for and with the insurance and payments on CiCiBlue,  we don't need any more payments. It has a Mercedes engine and though I have no clue about that, it sounds good so why switch!  So in the coming weeks and months, they go by quickly, we will be getting ready to go adventuring.  The basement needs to be rearranged. Things we have collected or bought need homes. I tell Roger that we need to be "drop everything and go" ready. Hopefully everything secured!

I just met a couple from New Hampshire a few sites done. They are leaving in the morning for the Keys. One story they told me was when they were traveling across country the first time, their bathroom door came loose and came sliding down the center aisle, breaking as it came towards them. When the slides are in it's like a submarine. It took them days to clean all the glass up and out.

Really? Sheila? You want to do this? Oh yes!!! (Note to self, keep reading the Bible. The Country Coach one!

Off to watch more football! We play the Ravens next Saturday and there is another couple from Boston in the Park. Go Patriots!!

Posted by Sheila Wedegis at 5:58 PM