I started off today having a chiropractic app't and massage therapy then the plan was to get water and essentials for preparation for Hurricane Mathew. I have been in stress mode so the massage was so welcomed. As I drove out of the park this morning I took this picture of CiCiBlue. 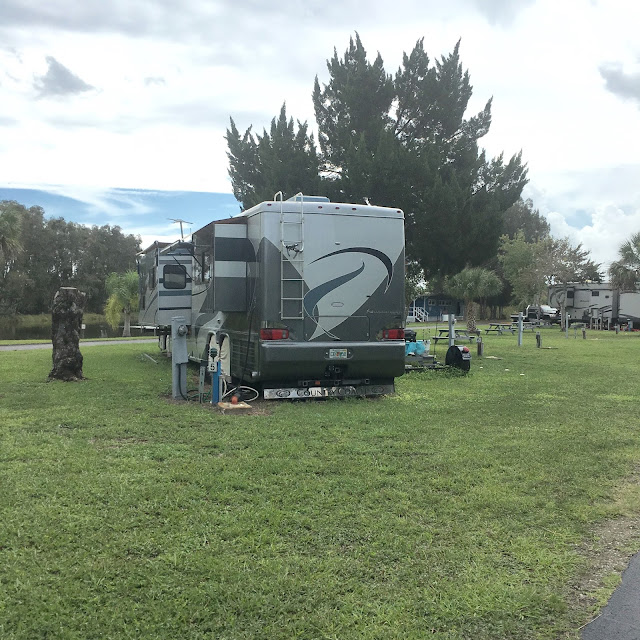 CiCIBlue, all 52,000 pounds of her. Gassed, water tank full, ready.  A few people pulled out this morning, because they could and were fearful. Our stairs are extended and we have no clue how to un-extend them at this point since they still need a part to work correctly.  We will stay, plus I really don't want to be rolling down the road and have our "shut the engine" down light appear. We need that looked at after the storm. 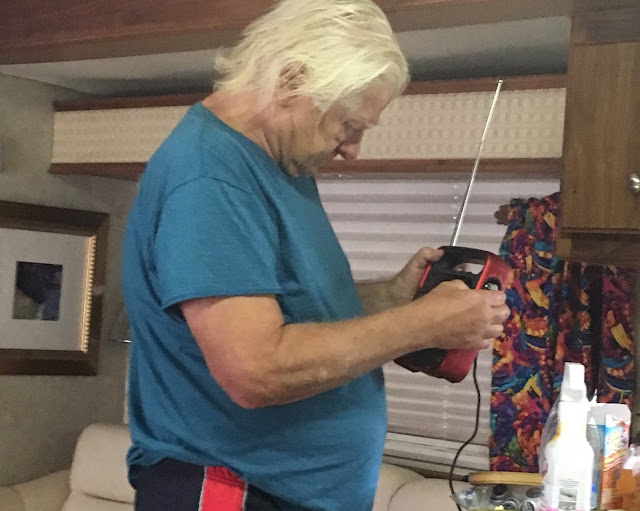 Roger getting our weather radio working so we can keep up with everything.

After the Doctors I went to the local Publix . So did everyone else in Florida!! All the water was gone, batteries, gone. People were grabbing things off the shelf like the end of the world was upon us. I did beat out a guy on the last flashlight though. He hesitated!!! Next stop was to get gas and fill up the car, just in case. The lines were out into the street so I drove back down to near where we live and the station there was pretty much empty and...they had 3 cases of water left!! Bonus..I got two.

I got essentials at the store. Donuts, chips and salsa. Stuff I usually don't eat but it's a stressful time! I also bought huge Contractor bags and duck tape. You never know if something leaks so you need to be prepared for that too. When I got home, hours later, I stopped to chat with our neighbor Jack. He told me he had worked for the Gov. Weather at one time and said that if the storm stays on the track it is on now we should just get 40- 60 MPH winds. Yes I'm happy. That's a normal afternoon storm for us here except more rain and probably a bit longer time slot. So, what will I do ?? 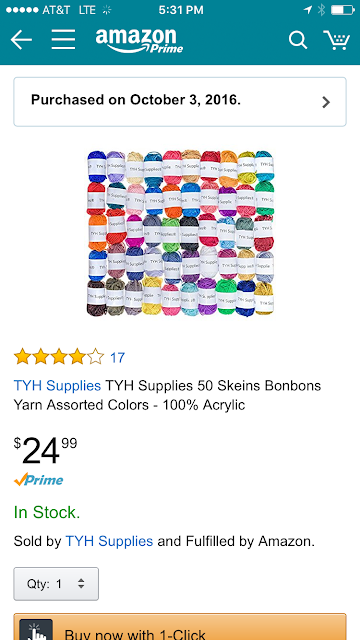 Teeny tiny balls of yarn. I plan on crocheting teeny tiny little squares so I can put them towards my new blanket that Ozzie won't chew on.  I figure at 2:30 AM I can crochet if we are rocking and rolling in the coach rather that paint. Such fun!!!

Ok, I'll see you tomorrow and give you the latest update on the storm and the fun we are having here preparing!!

Posted by Sheila Wedegis at 3:40 PM